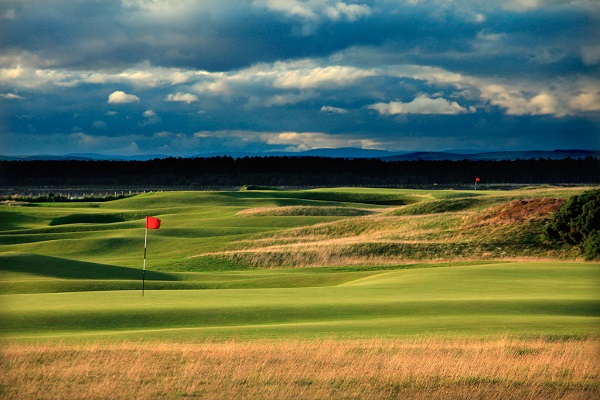 10 reasons to play golf in Scotland this summer

As the birthplace of the game and home to some of the most traditional and spectacular courses in the world, it’s little wonder that golfers from across the globe flock to Scotland’s shores each year.

If you haven’t joined their numbers already, here are ten reasons why you should make the pilgrimage to the home of golf this summer.

It might only be March, but there is already an air of excitement building towards Gleneagles in September. While following in the footsteps of the 2012 Ryder Cup would be a daunting task, we reckon Gleneagles – considered by many as one of the best resorts in Europe – is a venue more than capable of delivering. With the PGA Centenary Course in pristine condition ahead of the tournament, what better time for you to experience Jack Nicklaus’ masterpiece before Rory, Tiger, Poults and co. take to its fairways in September?

The PGA Centenary Course at Gleneagles boasts some of the most stunning natural scenery in the UK.

Tick an Open Championship classic off your bucket list

With five current Open Championship venues (not to mention countless other gems), the quality of courses on offer in Scotland is difficult to come by anywhere else in the world. The likes of Turnberry, Royal Troon, Carnoustie, Muirfield and the Old Course are all rated among the top 100 courses in the world and are must-plays for any serious golfer.

Play the oldest golf course is the world

The nine hole course set within the bounds of Musselburgh racecourse may look innocuous, but it is a golfing venue with a heritage that few can match. Known as Musselburgh Old Links, the historic nine-holer is recognised by Guiness World Records as the world’s oldest surviving golf course. For a unique golfing experience, you can hire hickory golf clubs and play the game as it was in yesteryear. 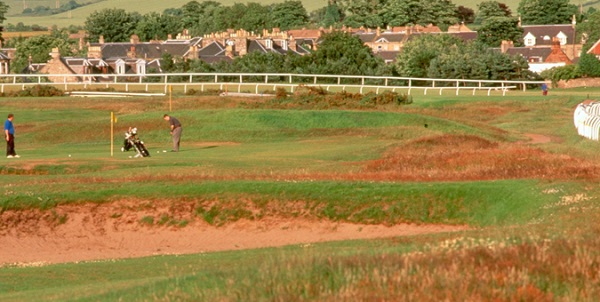 Links golf at its best

Scotland’s east and west coasts are littered with the spectacular links courses that are so inherently Scottish; from the big names like Turnberry and St Andrews right through to lesser-known gems like Machrihanish Dunes. For sheer quantity and quality, Scotland is unrivalled in the golfing world when it comes to the sandy turf of the links.

After dinner golf, anyone?

One of the great lures of Scottish golf in the summer is the abundance of daylight hours. In the height of summer, it can remain light up to 11.30pm at night – leaving plenty of time to fit in a round after work. Or, for visiting golfers, practically as many holes as you want!

Only in Scotland can you experience the world’s greatest 19th hole – the Jigger Inn. Overlooking the iconic road hole on the Old Course at St Andrews, the Jigger Inn has all the attributes of a brilliant post-round watering hole to match its stunning location. Here you can recap your stories of success or sorrow on the Old with fellow golfers while soaking in the history via the memorabilia-adorned walls, all while sipping on a pint of world-famous Jigger Ale. The Inn and its terrific beer garden make the perfect vantage point to watch a steady stream of golfers make their approaches to the 17th and enjoy a few drinks in the setting sun. 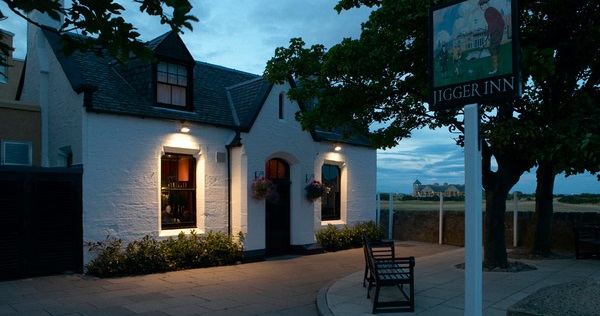 There is no better place to blow the froth off a couple of beers than at the Jigger Inn.

Scotland is understandably revered for its famous links layouts, but golf here is not always about battling it out with the elements on gruelling championship courses. Head inland and you will stumble upon countless hidden gems, from Glasgow Gailes and the Boat of Garten, to Dalmahoy, The Green Hotel and the Inchmarlo Resort… not to mention several lesser known links that are well worth a try, including Craigielaw, Leven Links and Troon Lochgreen. You are never short of terrific golfing options in Scotland.

Can you do what Jean couldn’t?

For one of golf’s greatest tests, head east to Carnoustie, whose Championship Course is widely regarded as one of the most difficult layouts in the world. It was here were Jean Van de Velde provided us with one of golf’s most tragic, yet strangely iconic moments.

The Frenchman had a three shot lead coming up the last at the 1999 Open and instead of playing it safe, took on the course with catastrophic consequences. When the weather is rough this course can bring even the best golfers to their knees, let alone us mere mortals.

From links courses where you are battered by howling winds and the sound of the waves crashing into craggy coastlines to the peaceful seclusion of highland gems; Scottish golf courses provide an ambience that few others can muster. The Ailsa Course at Turnberry is undoubtedly one of the most scenic golf courses in the world. Impressive vistas include the lighthouse, Bruce’s Castle, Ailsa Craig and the Isle of Arran, while on a clear day, golfers can gaze out to Ireland in the far distance. 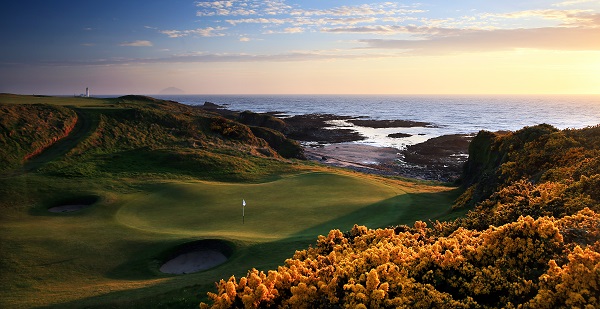 Turnberry boasts two stunning links courses – the famous Ailsa and the Kintyre pictured above – set along some of Scotland’s most spectacular coastline, under the watchful gaze of the iconic lighthouse.

With more than 550 courses confined to a relatively small patch of land, Scotland is the perfect destination for golfers to tick several courses off their hit list in the one trip. St Andrews alone is a golfing Mecca, with no less than seven courses adorning the links at ‘the home of golf’. For the ultimate tour experience, you can set up base in ‘the old grey toon’ and tag on jaunts to Carnoustie in the north and Kingsbarns in the south – both located within an hour drive of St Andrews.