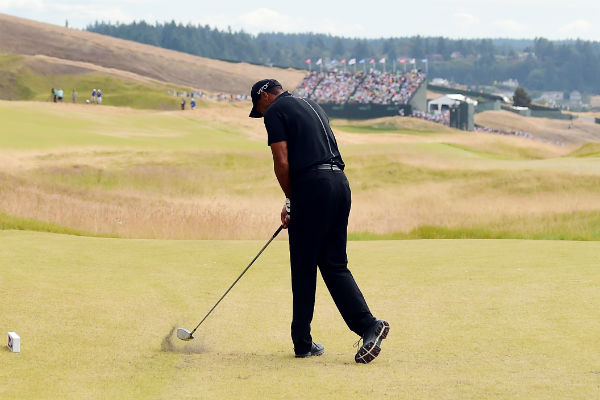 12 of the best golfing tantrums of all time

As we all know, golf can be a particularly frustrating game. And sometimes, when that damned ball won’t do anything closely resembling what you want it to, your emotions can get the better of you.

It was the same old story for the declining Tiger Woods yesterday. Each tournament the golfing world has massive hopes but little expectation that the former No.1 can turn back the clocks and put in a performance that we haven’t seen for a long time – then he bogeys the first hole and it all goes downhill.

Then comes the frustration and before we know it, a 15-year-old shoots a better score than the 14-time major winner. He tried to keep his temper throughout but his tee shot on the eighth proved too much.

Here, 19th hole look at 12 of the biggest tantrums in golf starting with the one and only…

He’s one of the greatest golfers of all time, but he’s also pretty handy when it comes to throwing a hissy fit. Among several memorable instances of club-throwing and profanity-littered tirades came one almighty blow up at the 2000 US Open at Pebble Beach.  Despite romping to victory by a record 15 strokes, Woods wasn’t too happy with his drive on the 18th hole during the second round. Having hooked his tee shot into Carmel Bay, he unleashed a burst of expletives which could be clearly heard through the telecast. “That made my commentary look pretty mild,” was Johnny Miller’s response. Kids, you might need mummy’s permission to watch this one.