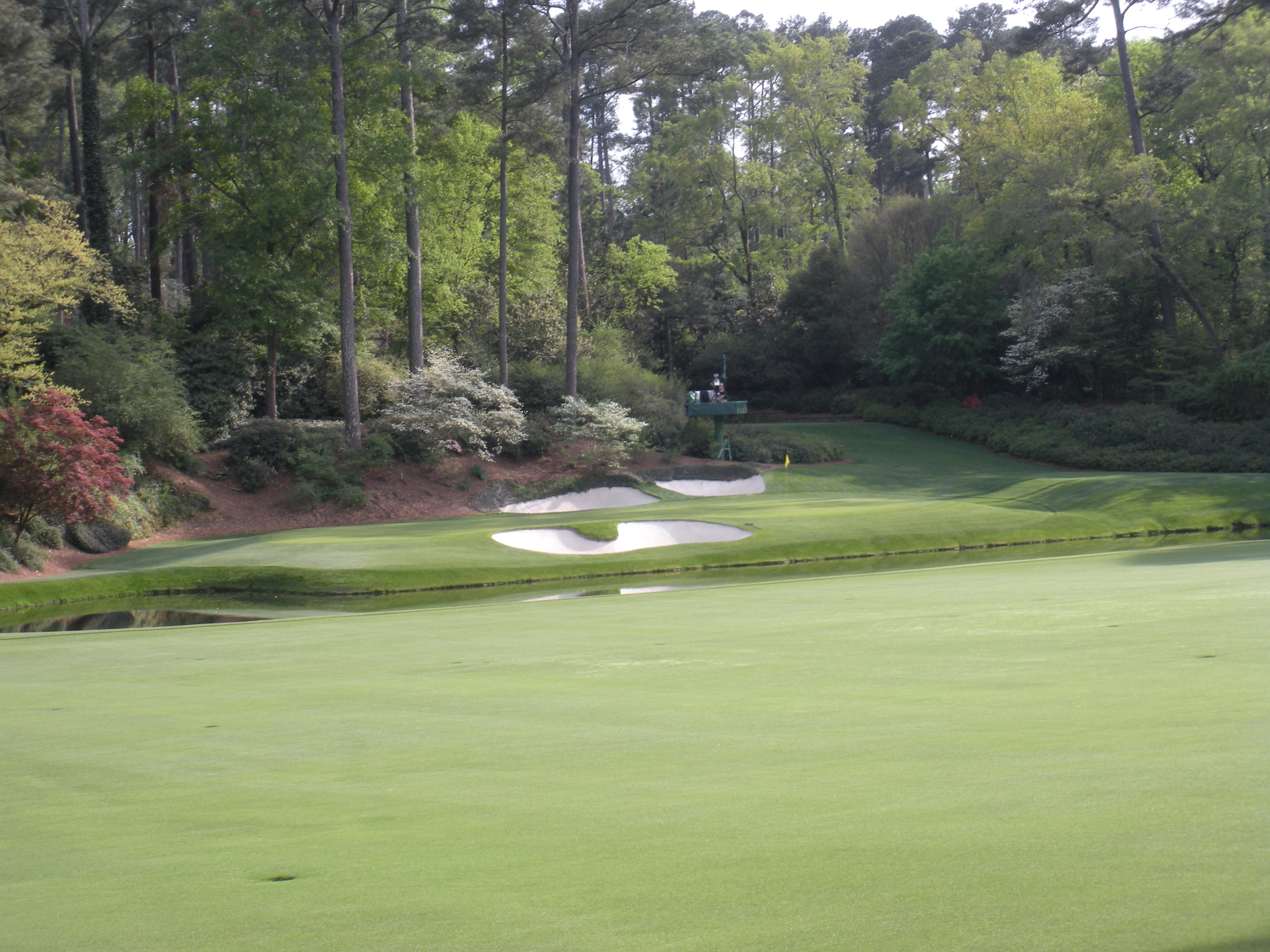 2016 Golf Highlights of the Year

2016 has been an incredible year for golf with 4 new Major Winners, The Ryder Cup, impressive seasons from Jason Day and Dustin Johnson,  the emergence of Andrew ‘Beef’ Johnston and Tiger Woods returned to golf. Let’s take a look back at some of the key highlights of the year.

Perhaps the most surprising win of the season is Danny Willett at The Masters. Jordan Spieth was leading The Masters by 3 shots going into the final day, being the only player in the field under-par. He looked the clear favourite to make it back-to-back Masters Wins, especially once this lead had increased to 5 shots following the front 9. Willett was patiently waiting however and was 2-under for his front 9 putting him alone in 2nd place, with Spieth still to play Amen Corner…

Bogeys at 10 & 11 for Spieth cut his lead back to just 3 shots over Willett, but Spieth was still in the driver’s seat.

“I knew that those two bogeys weren’t going to hurt me…10 and 11 you can take bogeys there.”

Then it all unraveled for Spieth at the famous 12th hole putting 2 balls in the water and racking up a quadruple-bogey!

All of a sudden Danny Willett is leading The Masters!

A steady of the ship for Spieth was not good enough from here, however, as Willett shot an incredible 3-under for his closing 6 holes at Augusta which would complete an impressive bogey-free 67 to Win The 2016 Masters by 3 shots.

Looks like Yorkshire Puddings at the Masters Champions Dinner next year.

A note also has to be made to the incredible performance from English players at the 2016 Masters, as well, with Lee Westwood finishing T2, Paul Casey finishing 4th, Matt Fitzpatrick finishing T7 and Justin Rose making it into the top 10. Let’s hope for a similar performance in 2017!

Dustin Johnson Wins the US Open

The Next Major of the Year was the US Open at Oakmont Country Club. The US Open is known for being a tough test and Oakmont is the perfect stage. With only 8 sub-par rounds in 2007, when the last US Open was played here, the players knew they were in for a challenge. And this year certainly didn’t disappoint as Players couldn’t even take ‘Practice’ Putts without the ball moving, the greens were that fast.

Anyone who’s unaware of what I am hinting at here, is that Dustin Johnson took a practice putt next to his ball on the 5th green on the final day and the ball rolled slightly. At the time, Johnson was not given a penalty shot and just replaced the ball to its original position, however, as Dustin reached the 12th tee the Officials told him he may have a penalty shot but they couldn’t be certain. The confusion for the remainder of the round was unbearable, no one knew if he was winning, trailing or tied for the lead.

Unlike us, however, Johnson is not too disheartened by rulings these days after a 2-shot penalty for grounding his club in what he didn’t realise was a bunker in the 2010 PGA Championship took him out of a Playoff.

Although the ruling over Johnson’s ball moving on the 5th green triggered the main talking point from the event, more importantly DJ finally kept his head and went onto Win his 1st Major Championship! His total of 4-under was enough to win by 3 shots over Shane Lowry, Scott Piercy and Jim Furyk, who shot an impressive 66.

Commiserations must also be said to Shane Lowry who started the final day with a 4-shot lead but a 6-over par final round meant he finished 3 shots from Dustin and in a tie for 2nd.

This Win for DJ was part of an unbelievable stretch of golf which saw Dustin finish inside the top 10 for 6 consecutive events on the PGA Tour including Winning the US Open and the Bridgestone Invitational back-to-back.

The US Open always brings excitement and I’m hugely looking forward to the 2017 US Open at Erin Hills in June.

Perhaps the most Memorable Major of the Year that saw one of the greatest final round showdowns of all time. At Royal Troon, Stenson and Mickelson, two greats of the game, sat way ahead of the field at the start of final day with Stenson at -12 and Mickelson at -11.

Things quickly changed from the very 1st hole as Stenson bogeyed while Mickelson birdied, seeing an immediate turnaround at the top. Mickelson wasn’t allowed anytime to get comfortable, however, as consecutive birdies followed from Stenson giving him the lead back after the 3rd hole. While Stenson would go on to birdie his 3rd hole in a row, Mickelson would eagle the 4th and see the two giants matched at -14.

Both players scores were matched from this point until the 8th hole, where Stenson recorded an impressive 2 to take a 1-shot lead over Mickelson. Close of the front 9 and Stenson maintains his lead he had at the start of the day, with both players out in 32 (4-under).

More birdies would come for the pair at the 10th hole, before a slip-up from Stenson on the 11th saw the two tied for the lead again. Stenson then decided to turn up the heat with consecutive birdies at 14,15 & 16 now giving him a 2-shot cushion with 2-holes to play. As we all know this is a Major championship and there is plenty more for Stenson to do from here. However, another fantastic iron shot from Stenson into 18 would see his fate sealed and with 3 putts to secure the victory he went on to drain the putt to finish off an incredible week of golf in style.

An incredible display of golf, that would see a bogey-free 6-under final round from Mickelson finishing on -17 only good enough for 2nd place this year. Meanwhile, an 8-under par final round from Stenson to finish on -20 would see him as the 2016 Open Champion with the lowest winning total ever-recorded. 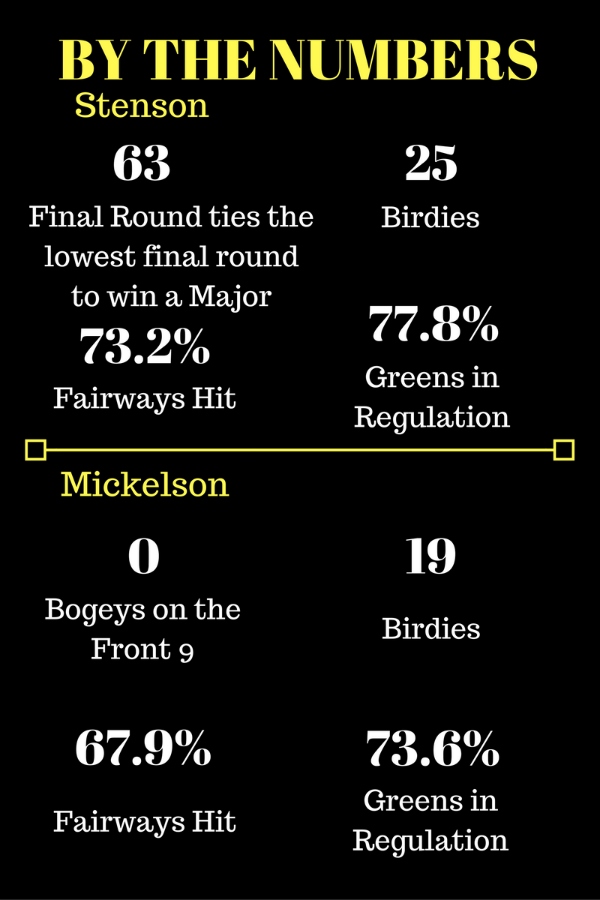 Let’s hope we can see more golf like this at Royal Birkdale in 2017.

At Baltusrol Golf Club, New Jersey the stage was set for another exciting Major. Similar to The Open, we would see another showdown but between 3 players. Stenson was of course involved again but this time he would be chasing the likes of Jimmy Walker and defending champion, Jason Day. Jimmy Walker took the lead from Round 1 with a 65 and would go on to be the wire-to-wire winner of the 2016 PGA Championship with impressive solid golf that gave little chance to the others in the field.

He had a few scares along the way, however, with Stenson getting to within 3 of the lead and Jason Day eagling his final hole on the final day to sit 1 behind Jimmy Walker, setting up for huge nerves on the 18th for Jimmy. However, with a bogey-free round so far he didn’t look like he was about to start on the final hole…and he didn’t.

Meaning Jimmy Walker completed the year of 1st time Major Winners in 2016 and cemented his place in the 2016 USA Ryder Cup Team.

Next year the players will be heading to Quail Hollow for the 2017 PGA Championship, home to where Rory McIlroy won his first tournament on the PGA Tour so my money’s on him.

It hasn’t been the greatest of seasons for McIlroy with his only win coming at the Irish Open before the playoffs and missing the cut at both the US Open and the PGA Championship. He managed to turn it all around in the last couple months of the season, however, by winning the Deutsche Bank Championship and then the Tour Championship in the last 3 events of the PGA Tour. 3 Must be his lucky number as he was also 3 shots behind the lead with 3 holes to play in the Tour Championship before a holed approach on the 16th and a birdie on the 18th put him in a playoff with Ryan Moore and Kevin Chappell.

4 Play-off holes later and McIlroy is both the Tour Championship Winner and the FedEx Cup Winner taking home the impressive $10 million bonus. Not a bad way to finish the season.

2016 was also host to one of the most eagerly anticipated events in sport…The Ryder Cup! Held at Hazeltine National in America this year, Europe were looking to retain the Ryder Cup for the 4th time in a row while USA were looking to win their first Ryder Cup since 2008. With 6 Rookies and a few out-of-form golfers on Team Europe, USA were the firm favourites to win this year. Although, Europe lost 17-11 to USA the competition was much closer than this and provided us with some of the best match-ups in Ryder Cup History.

No one could take their eyes of the singles match between Patrick Reed and Rory McIlroy which saw both players exchanging birdies and fist pumps that really got the atmosphere going. McIlroy will be disappointed with his 1 down lost in the end but a tremendous display of golf gave the fans what they want.

Another talking point from the Ryder Cup was Thomas Pieters incredible talent. A Rookie who got the Captain’s pick over many fan favourites and left the people asking themselves ‘Who is that’. Well everyone knows who he is now after winning the most points for Team Europe.

Although the golfing season ends with the FedEx Cup and The Ryder Cup, there was one more big golfing event we were all waiting for. The Hero World Challenge saw the return of Tiger Woods to golf and it didn’t disappoint. Although finishing 15th in a field of 17 doesn’t suggest good golf, Tiger actually had the most birdies in the week with 24 and had a 2nd round of 65 so we saw enough to see that Tiger is capable of playing incredible golf again and I cannot wait for what’s to come in 2017.

Tiger’s schedule is not confirmed, however, his next event could be the Genesis Open at the Riviera Country Club in February 2017. This is where Tiger played his 1st PGA Tour event!

Another key highlight of 2016 has to be the rise of ‘BEEEF’! An incredibly down to earth and fun guy to have on the Tour. Beef’s rise to fame, started with a win at the Valderama Open in May and although he has not won since, he has had some notable performances including a T7th finish at the BMW Championship and finishing 8th place in the Open Championship. But perhaps more notable for teeing up a burger during practice or chest bumping at the BMW Championship…

His fun-loving atmosphere goes without saying and hopefully with some more good golfing performances in 2017 we will get to see even more of him. 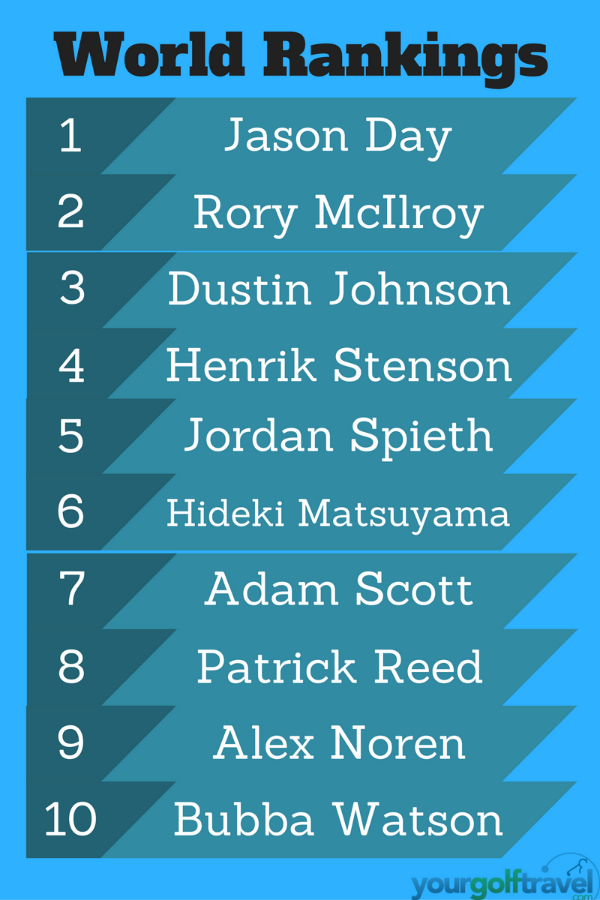 Matsuyama’s last 6 Competitions include 4 Wins, a 2nd Place and a 5th Place finish! Criticisms will be that he Wins ‘Smaller Tournaments’ however, 2 of these recent wins include the WGC-HSBC Champions & the Hero World Challenge. Also this year he has finished in the top 10 at the Arnold Palmer Invitational, The Players Championship, The Masters, The PGA Championship and the Tour Championship!

Overall, 2016 has been another exciting year for golf and I look forward to seeing who will continue their form in 2017 and who will rise into form. Will Tiger Win a Major? Will McIlroy Win The Masters? Will there be a new World Number 1?