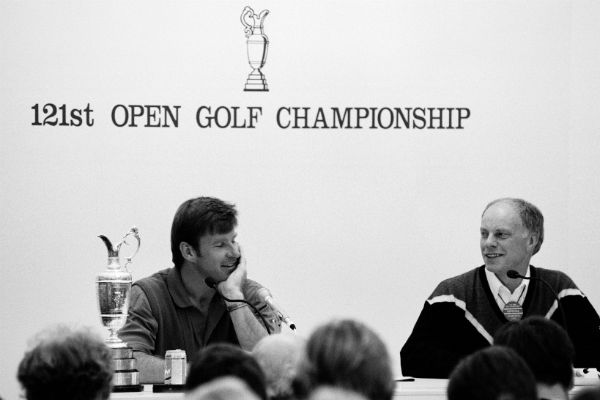 5 of the best and the worst golf speeches

By Richard ForresterJune 29, 2015No Comments

When a golfer wins a major tournament, all the attention turns to him as he collects his prized green jacket or the Claret Jug before the moment most professionals dread more than a five-foot downhill putt to force a playoff – the live interviews.

Some players are better than others at delivering a speech that will make the nation fall in love with them. Take Jordan Spieth for example after his Masters win in April but there are some speeches that will make us squirm in our seats.

Here 19th hole pick some of the best and worst winning speeches.

One of the most famous speeches and rants of all time. Journalists certainly weren’t on Faldo’s Christmas card list after enduring a rocky relationship. He went on to say this…

“I would just like to thank everybody for all the letters they’ve written in telling me that my putting’s all wrong. I’d like to thank all the TV commentators for telling me how to practice and what to and not to do. And obviously without the press… What can I say about the press? I thank them from the bottom of my … the heart of my bottom.”