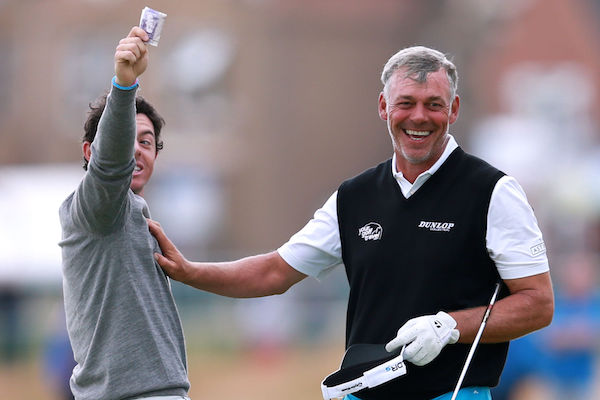 By Dan FoleyFebruary 19, 2015No Comments

The 2016 Ryder Cup captain Darren Clarke hailed the support of some of Europe’s top players on Wednesday and the significance of their support should not be underestimated.

The former Open champion’s supporters include world number one Rory McIlroy, former US Open champion Graeme McDowell and Lee Westwood, who were all part of last year’s successful team at Gleneagles. Clarke also had the unanimous backing of the five-man selection panel ahead of Miguel Angel Jimenez and Thomas Bjorn.

“(It was) hugely important,” Clarke, 46, said. “A lot of people came out in support of me, which is very flattering. Most of the guys have been on the previous team, they are nearly all good friends anyway.

“They have known me and I’ve played with them for many years on Tour – maybe Rory not so many years on Tour, he’s not out there that long but I’ve known him for a long time. I know all the guys really well. I’d like to consider them all friends of mine and so that makes things a little bit easier. But certainly to have them coming out and supporting me was very special.”

But the strong support of the team is only one reason Clarke is the right choice, as the Press Association Sport’s Phil Casey explains:

Passion for the cause

Clarke has always been a committed member of the European team, even having the nerve to tell captain Seve Ballesteros what he thought about being left out of the opening day’s play as a rookie in 1997.

Support of the players

Rory McIlroy said as far back as 2012 he felt Clarke would be a good choice to captain the side in America and the world number one maintained his backing for his fellow Northern Irishman throughout. The likes of Graeme McDowell, Martin Kaymer and Ian Poulter were also behind Clarke.

Paul McGinley proved that winning a major was not a pre-requisite to being captain, but Clarke’s pedigree as a former Open champion and a five-time Ryder Cup player certainly worked in his favour. Two stints as vice-captain were also important in a time when continuity is highly valued.

Clarke fits the recent profile of captains who are young enough to still compete against the players he will have on his team. He will be 48 at Hazeltine, while McGinley was 47 at Gleneagles and Olazabal 46 at Medinah. United States captain Tom Watson was 65 at Gleneagles.

The other thing Clarke has in common with his predecessors is that his own game has been on the wane for a number of years; he has not registered a top 10 on the European Tour since winning the Open in 2011.