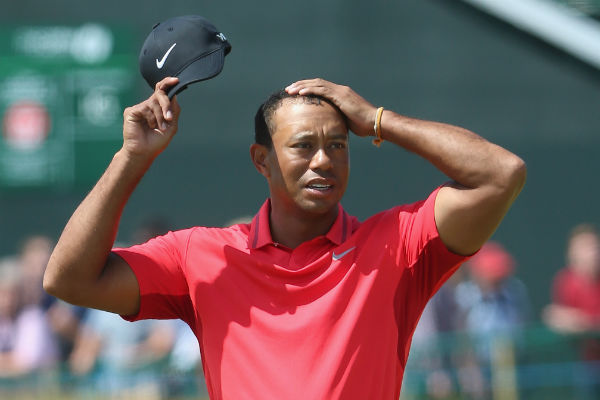 By Richard ForresterFebruary 6, 2015No Comments

Tiger Woods’ had a year to forget in 2014 and his woes continued on Thursday when he was forced to withdraw from the Farmers Insurance Open after just 11 holes because of an apparent back problem.

It is just the latest in a long list of setbacks for the 14 time major winner who was is now a major doubt for the Masters at Augusta in April.

Here, 19th hole look back at the lows that Woods has suffered over the last year.

2014: April 1 – Reveals he will miss US Masters for first time after undergoing surgery on a pinched nerve in his back.

May 28 – Announces he has still not recovered from back surgery and will miss the US Open at Pinehurst as a result.

July 20 – Finishes 69th in the Open at Royal Liverpool, his worst 72-hole finish in a major in the paid ranks.

August 3 – Withdraws during the final round of the WGC-Bridgestone Invitational in clear pain after hitting a shot.

August 8 – Misses just his fourth cut in 66 majors as a professional after suffering yet more back trouble at the US PGA Championship at Valhalla.

August 14 – Announces he does not wish to be considered for the Ryder Cup team due to a back injury, later revealing he did not feel he could have won a point for the United States.

December 2 – Claims he ”feels fantastic” ahead of his long-awaited return to competitive golf.

January 9 – Confirms he will start his 2015 season at the Waste Management Phoenix Open.

January 30 – Records the worst round of his professional career with an 11-over par 82 in the second round of the Phoenix event.

February 5 – Withdraws from his next event, the Farmers Insurance Open, during the first round because of back pain.