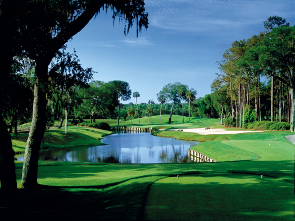 This week marks the final leg of major championship golf for 2012 at the famed Ocean Course at Kiawah Island. The Ocean Course has struck fear into the world’s best players since the announcement that it would host the season’s final major. All the consternation from the players competing in this week’s PGA Championship will have been music to the ears of Pete Dye, the renowned golf course architect who designed the devilishly difficult Ocean Course.

Paul B. “Pete” Dye is considered to be one of the most influential designers of the modern era.  After building a number of courses in America’s Midwest in the early 60s Dye packed his bags and headed for Scotland, The Home of Golf, to spend a month studying and playing the best and most historically important courses in the world, the great links courses including the likes of Turnberry, Royal Troon and the legendary St Andrews Old Course.

What he learned and subsequently put into practice in the USA and other parts of the world changed the shape of golf design in the latter part of the 20th century. Following his Scottish pilgrimage, bunkers of all shapes and sizes, including the dreaded pot bunker, railway sleepers and unkempt rough started to appear more commonly throughout the USA. Dye also introduced layouts that focused on a more strategic approach to the game and in their current form, Dye’s courses are among the most challenging in the world for tour pros while being largely enjoyable for us weekend warriors when played from forward tees.

On top of the Ocean Course at Kiawah Island, Dye has also designed countless world class golf courses that we can play while on an American Golf Holiday. Here are 5 of the best…

The TPC Stadium Course presents an exacting 6,954 yard layout, whose fairways and greens are pristine. No less than $30 million has been invested in the course, and the work completed in 2006 has affirmed the amazing Players’ Course at the forefront of golf in Florida and beyond. 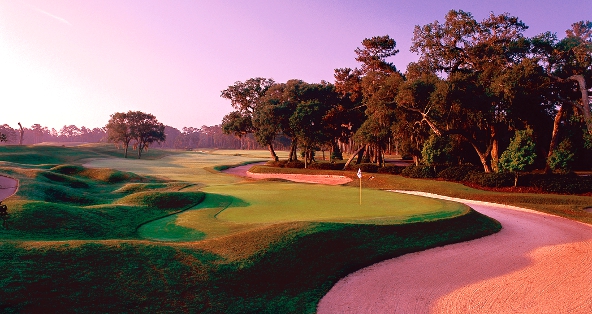 The Stadium Course at Sawgrass is one of 5 top class golf courses at the Sawgrass Resort making it an ideal base for a Florida Golf Holiday.

The Stadium Course at Sawgrass is perhaps the most famous on this list and for one very good reason, the par 3 17th. While Dye can claim credit for the finished article it was in fact his wife, Alice, who came up with the island green concept. This hole is now perhaps the most famous in golf. The green, which is reasonably large and features a huge step, is completely surrounded by water except for a narrow walkway used by players to get to their balls on the green. A small bunker guards the front of the putting surface but in general anything other than a crisply struck iron shot will see you ball end up in a watery grave. As they say, hell hath no fury like a woman scorned…thanks Alice!

While the vast majority if Dye’s courses are to be found in the USA, one of his finest, and one of the most spectacular in the world, resides in the relatively unknown golf holiday destination of the Dominican Republic.

The Casa de Campo Resort is among the finest resorts in the whole of the Caribbean, let alone the Dominican Republic. Boasting three championship golf courses and an endless list of luxury accommodations and facilities, this is one of the best places to head on a Caribbean Golf Holiday and there is little doubt as to what is the main attraction. Although Dye has designed all three courses at Casa de Campo, it is the Teeth of the Dog Course that gets many a golfer’s juices flowing.

The Teeth of the Dog Course at Casa de Campo boasts a stretch of holes down by the shore that rival anything in the world in terms of playability and natural beauty.

Dye famously stated that ‘I created eleven holes and God created seven’; to explain this, it is necessary to have some insight into the remarkable terrain that the course spans. Seven holes, God’s seven, track the rugged Dominican coastline and represent an unforgettable golfing experience, where the margins for error are barely visible, but where the views are truly mind-blowing. The course’s catchy name has left it with a serious reputation to uphold, but recent renovations have ensured that it does this and more. The only question that remains is, are you ready to challenge the great Caribbean monster?

The Straits Course at Whistling Straits has already done what the Ocean Course at Kiawah is doing this week and that is hosting the PGA Championship both in 2004 and 2010. Set on the banks of Lake Michigan, the Straits Course boasts distinct Scottish accents, a result of Dye’s time spent at The Home of Golf no doubt.

If you weren’t aware of the history behind Whistling Straits you would naturally assume that the course had been shaped by the sands of time but you’d be wrong. Somehow Dye has transformed the former 560 acre airfield into one of the most natural looking and aesthetically pleasing golf courses in the world.

Rugged, unkempt rough awaits drives that miss the undulating fairways and with Lake Michigan a threat on various holes as well as inland water hazards and hundreds of bunkers, accuracy is of paramount importance on the Straits Course.  Having opened in 1998 the Straits Course has already hosted two major championships and is set to welcome the Ryder Cup to town in 2020 which is testament to the supreme quality of Dye’s creation. This is a must play course for any golfing aficionado. Next time you are thinking of a Florida Golf Tour or an Arizona Golf Holiday you simply must consider Wisconsin.

Dye evidently doesn’t need much help when it comes to designing world class golf courses but it would be foolish to turn down the advice of the game’s greatest ever player, Jack Nicklaus, who worked on the Harbour Town Golf Links with Dye.

The Harbour town Golf Links has PGA Tour pedigree having hosted the Heritage Classic each year since is kicked off in 1969 and has remained in the upper echelons of American golf ever since, perpetually making the grade in lists of the world’s greatest golf courses. 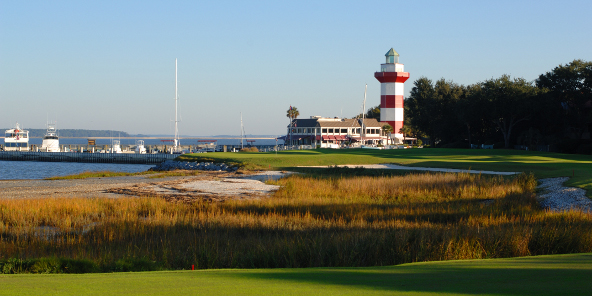 The 18th at Harbour Town is watched over by the icnonic lighthouse.

Like the Ocean Course at Kiawah Island, the course was laid out over relatively flat ground but here the perfectly manicured fairways are bordered by towering pines that call for accuracy from start to finish. Putting surfaces are small very fair…if you have your putting boots on here you can hole your fair share. Although the course is a succession of excellent holes, designed by Dye to test strategy and shot making, the final hole is without doubt the signature hole on the course. The 18th is a brutish par 4 which measures 478 yards from the tips. A solid drive on the line of the iconic lighthouse will find the landing area which juts out into the Calibogue Sound and from there the fun really begins with water long and left of the green. Two things are for sure, the final hole is a do or die golfing experience and Harbour Town should be first on the list of courses to enjoy during a South Carolina Golf Tour.

While South Carolina is one of the go to destinations for golfers looking to enjoy an American Golf Holiday, Palm Springs in California has also been welcoming golfers for decades and the La Quinta Resort is just about as good as it gets for those embarking on a California Golf Break.

Set at the foot of the stunning Santa Rosa Mountains, La Quinta has been welcoming guests since 1926 and is seen by many as the original Palm Springs luxury hideaway boasting no less than 5 stunning golf courses including the Pete Dye designed Stadium Course. 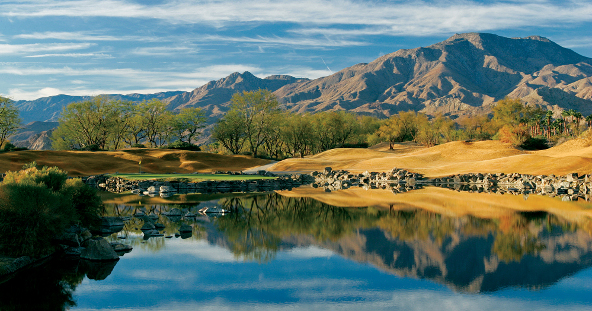 The desert location where the courses of the La Quinta Resort reside is simply stunning and Dye’s three layouts, particularly the Stadium Course, certainly do it justice.

This par 72 beauty is a favourite among touring professionals and an absolute must play for those on a golf holiday in California. Breathtaking backdrops, mind boggling undulations, vast cavernous bunkers and island green par 3s are just some of the defining characteristics of this stunning desert jewel.

Although Dye designed 3 of the course at La Quinta, the Stadium Course is the star of the show. See for yourself on your next golf break in the Sunshine State.