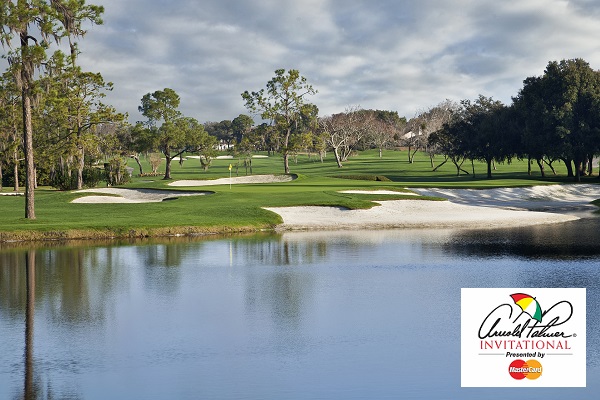 With just 23 days until the Masters, players will have one eye towards Augusta when the PGA Tour heads to Bay Hill for the final leg of its “Florida Swing”.

And after tipping John Senden at a very tasty 125/1 to win the Valspar Championship, our tipster Trent Hile will be looking to continue a hot run of form with his picks for this week’s Arnold Palmer Invitational…

LAST YEAR: Tiger reclaimed his World No.1 ranking for the first time since October 2010 with a two-shot victory at Bay Hill. Woods, the defending champion, shot 70 in a storm-marred final round to finish at 13-under, two clear of Justin Rose (-11). Woods’ playing partner, Ricky Fowler, came closest to setting up a thrilling climax with three birdies in six holes until a triple-bogey ended his charge. He finished alongside Keegan Bradley, Gonzalo Fernandez-Castano and Mark Wilson in a tie for third at -8.

THE LOWDOWN: Originally the most feared leg of the Florida quartet, this year Bay Hill will serve as light relief following the gruesome tests at a Trumped up Doral and Innisbrook. Will someone finally reach a double-figure under-par winning score on this year’s Florida Swing? Recent history suggests yes, with Woods snaring the title at 13-under in the past two editions, and an average winning score of 10-under over the past five years. The course remains as the same par 72 layout it has played over the past four years, with more than 100 bunkers the main danger on a course that offers plenty of fairway space for the longer hitters.

Bay Hill is a course where experience pays, with Robert Gamez (winner in 1990) the only debutant winner here in the past 25 years. A key to success here is mastering the par-5s. In his wins of 2012 and 2013, Tiger Woods led the field in par-5 scoring. Putting should also prove a telling stat, as last year Tiger ranked first in Strokes Gained-Putting, fourth for Total Putts and first in Putts Per Hole. Unfortunately, the World No.1 was forced to withdraw this week with a recurring back injury.

BEST: A two-time runner-up at this event (2005, 2012), this could be the week where Graeme McDowell (22/1) finally breaks through at Bay Hill. The Ulsterman already boasts four top-5 finishes in five starts on the PGA Tour this season, including a T9 in difficult conditions a fortnight ago at Doral. McDowell’s putter will be the key this week; he ranks sixth on Tour in the Strokes Gained – Putting stat. While not known as a prolific par-5 scorer (ranked 74th), his reliability on the par-4s (ranked fifth) should hold him in good stead for a charge at the title.

VALUE: As mentioned above, Ricky Fowler (40/1) was just two back with three holes to play here last year until a triple at 16 ended his challenge. Despite that, the young American still finished a credible third, plus the experience of playing alongside Tiger in the final group of the day should come in handy this year. A third place at the Accenture Match Play where he knocked off the likes of Ian Poulter, Jimmy Walker, Sergio Garcia, Jim Furyk and Ernie Els – only losing in the semi-final to eventual winner Jason Day – suggested his new Butch Harmon swing is coming along nicely. Although he finished just 44th at Doral, Fowler topped the Greens In Regulation stats for the week so is clearly hitting the golf ball well.

ROUGHIE: An Aussie at big odds got us the cash at Innisbrook, so we’ll stick with the formula in selecting Aaron Baddeley at 250/1 as our man at big odds this week. Don’t be fooled into thinking this is a lottery pick though, as Baddeley boasts a sixth (2003), fifth (2005) and 12th (2011) on his last visit to Bay Hill. Interestingly enough, the Aussie ranks 11th in Par-5 Birdie or Better stats, so should certainly be suited on a course that puts a premium on par-5 scoring. Despite missing the cut last week, Baddeley showed signs of form at Riviera, where he was second at the halfway mark before finishing 18th.

FANTASY BANKER – Justin Rose: After battling shoulder tendinitis early in the season, the Englishman finally got a solid start under his belt last week, finishing T8 at Innisbrook. Importantly, Rose was a runner-up here in 2013 and has finished in the top 15 each of the last three years, including a T3 result in 2012. He relishes Bay Hill and looks a certainty to figure prominently in the points for Fantasy managers.