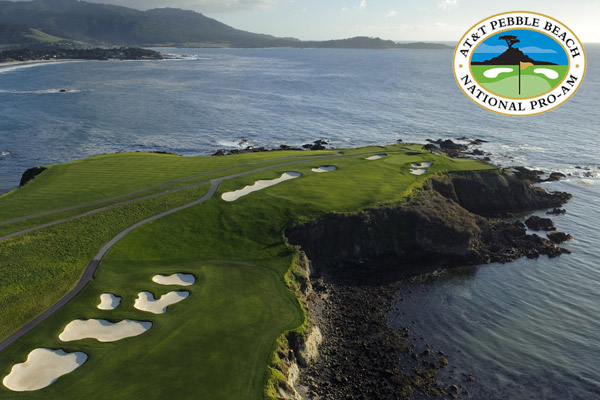 The PGA Tour returns to California’s coastline this week for the AT&T Pebble Beach National Pro-Am. We run the rule over the courses and contenders.

LAST YEAR: Snedeker shot four rounds of 68 or better, including a brilliant seven-under-par 65 at the Pebble Beach course to finish on 19 under for the tournament, which was enough to seal victory by two strokes over compatriot Chris Kirk. The American had finished runner-up to Tiger Woods in the Farmers Insurance Open, then again to Phil Mickelson at the Phoenix Open, before finally breaking through at Pebble Beach.

THE LOWDOWN: Like last month’s Humana Challenge, the pros this week will play 54 holes across three courses – Pebble Beach, Monterey Peninsula and Spyglass Hill – before the top 60 return to Pebble Beach on Sunday to do battle for the title. All three courses are relatively short, with good-running fairways and tricky Poa Annua greens. The Pebble Beach course (host of the 2010 US Open) hugs the coastline with cliffside fairways and sloping greens, making for terrific viewing with its spectacular backdrop. Being a pro-am, this event doesn’t suit everyone – rounds can take up to six hours so patience and a cool temperament are imperative.

Smaller-than-average greens will place a premium on accuracy this week. Only DA Points managed to win one of the last five events here without ranking inside the top six for Greens In Regulation. Form, record at the course, Driving Accuracy and GIR stats should prove solid pointers to finding Sunday’s champion.

PLAYER TO WATCH: Fresh from a 10-week break, Graeme McDowell returns to action this week in Monterey. The 34-year-old is back at Pebble Beach for the first time since Father’s Day 2010, where he triumphed in the U.S. Open before wrapping his dad in a warm hug on the 18th green. Coincidently, Kenny McDowell is back too. And he’ll tee it up alongside his son, the man they call G-Mac, in this week’s pro-am. For those who believe in omens…

THE TIP:  We fancied him a fortnight ago at Torrey Pines; he gave us an almighty sight in finishing in a tie for second, and I can see no reason to jump off Jason Day (12/1 with BetFred) now on a layout where he comes off a T6 last year. It was just the Aussie’s first start of the season at the Farmers Insurance Open, opening with a 66 and closing with a 68 despite showing signs of some off-season rust. He boasts two sixth place finishes and is yet to miss a cut in four tries at Pebble Beach. That superb, reliable swing of his will hold him in good stead again on these narrow fairways and small greens. We make him a moral to at least finish in the top five again this week, hopefully going one-better to capture the title.

THE ROUGHIE: I mentioned above that greens in regulation will be a telling stat this week. It comes as some surprise then that the man who currently leads GIR on Tour this year, Justin Hicks, is priced at 110/1 with Bet365. Furthermore, he ranks 1st in Ball Striking, 12th in Driving Accuracy, 28th in Scoring average and 36th in Strokes Gained Putting. Hicks has made seven of eight cuts this season and is coming off a T19th at Phoenix Open, where he hit 81 per cent of greens in regulation. He could be one to pop up among the leaders at very attractive odds.