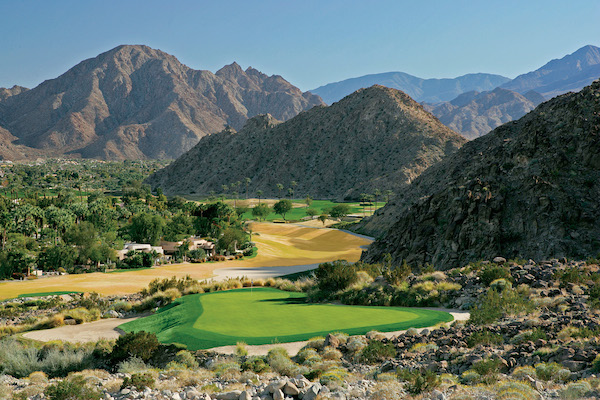 Bill Haas mixed good fortune with determination to finish first after a tense finish to the Humana Challenge in La Quinta, California, in Sunday.

The American posted a closing five-under 67 for an aggregate 22-under 266, which was enough to beat the three rivals who started the day level and others from further down the leaderboard who scored lower over the final day on the PGA West Palmer course. Charley Hoffman and Brendan Steele charging to a share of second place with rounds of 64.

Haas went clear with a 20-foot birdie putt at the 16th, and stayed clear. He found the fringe of a fairway bunker with his drive at the par-five 18th, leaving the ball precariously placed on a ridge.

It meant the five men one shot off the lead – Americans Hoffman, Steele, Matt Kuchar, and Steve Whitecroft, together with South Korean Sung Joon Park – were put on alert for a possible play-off.

Haas, needing to make par, considered a host of unorthodox shots as he assessed the position of the ball, before settling for smartly punching out to make certain of a safe fairway lie for his third shot. From 175 yards, he put the ball 20 feet away from the flag.

With two putts for the title, Haas sent the first to within two feet and coolly obliged with the tiddler to take the trophy and million-dollar pay cheque.

Minutes earlier, Kuchar had missed an 11-foot birdie putt at the last to join Haas on 22 under, rolling the ball narrowly past.

Haas, earning his first win since the AT&T National in June 2013, said on Sky Sports 4: “I called my wife before the week started and said I didn’t think I’d be able to score this week. On the last hole I was grinding it out to the end. Sixteen was huge. I needed that one to give me a chance. This is unbelievable. This is great.”

The fright coming down 18 was one he was relieved to come through without any damage on his scorecard “I can’t tell you what I was thinking,” Haas said of his wild tee shot. “It was a bad drive. To end up there was pretty bad luck. It was a terrible break but maybe deservedly so with the bad shot.”

Haas was celebrating his second title in La Quinta, having won the tournament in 2010 under its previous guise as the Bob Hope Classic.

He made a famous up-and-down from shallow water on his way to winning the 2011 Tour Championship and FedEx Cup – which paid him over 11 million US dollars. And Haas was reminded of his shot-making abilities in trying circumstances after his latest win, which showcased that element of his game.

“That shot I’ll remember for a long time because that wasn’t the easiest eight iron I’ve ever had,” Haas said of his second at the 18th. “I do think of myself as more of a painter than a mechanic. I’m more of a natural golfer.”

He added: “I easily could have whiffed it, I could have chunked it and moved it five yards, then I would lay up from there and then need to get up and down to win. It felt like a train wreck all coming together, as if something bad was about to happen.”

Francesco Molinari was the leading European in a tie for 10th place on 19 under par, following a closing 67, with Scotland’s Martin Laird and German Alex Cejka in a share of 15th after both finished with rounds of 69.

Phil Mickelson began the week slowly but found his groove and settled for a share of 24th place.