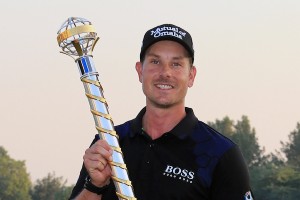 Henrik Stenson is one of the best golfers to ever come out of Sweden and one of the most consistent players on tour. Although he has yet to win a major, he finished second at The Open Championship in 2013, third on two occasions at the PGA Championship and fourth at the U.S. Open. After defending...

Henrik Stenson hailed a "dream season" as he claimed a historic double in fitting fashion by storming to victory in the DP World Tour Championship in Dubai. Stenson became the first man to win The Race to Dubai and FedEx Cup on the US PGA Tour thanks to a commanding six shot victory at Jumeirah Golf... 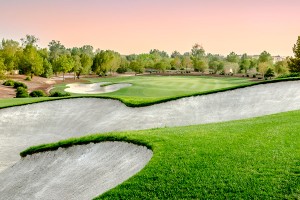 The European Tour’s inaugural Final Series is poised for a thrilling climax, with nine players still in with a mathematical chance of claiming glory at the season-ending DP World Tour Championship. We've run the rule over the field to predict which players are set to emerge with stacked wallets from...

With a seriously impressive vein of form on the go, the Tour Championship secured and a $10million Fed-Ex Cup bonus in his back pocket, we thought we’d have a look at Henrik Stenson, the golfer and the person. Here are 10 things you didn’t know about the super Swede... 1 Despite his talents...

Henrik Stenson maintained a presence at the top of the leaderboard in the BMW International Open, but was forced to share top spot with South African George Coetzee. Stenson, starting the day with a one-shot lead after an opening 64 signed for a second round 70, while Coetzee put together a second successive...

Sweden’s Henrik Stenson showed he still had all his old skills with a blistering eight under par 64 to take a one shot lead after the first round of the BMW International Open. Stenson, a former Ryder Cup player, has slipped dramatically down the world rankings from a lofty fourth place to outside...

Jiminez, Stenson to be fined for club throwing

European Tour stalwarts Henrik Stenson and Miguel Angel Jiminez are expected to be hammered with fines by the Tour’s ruling body, over recent incidents involving the throwing of golf clubs. Jiminez broke the head off his putter at the recent Volvo Champions event in Bahrain during his second round,...

Sweden’s Henrik Stenson, the world number eight, aims to complete his set of Middle East titles with a victory in next month’s Abu Dhabi Championship – the only one to elude him. Stenson has a home in the United Arab Emirates and will face a strong field for the event which gets underway on January...