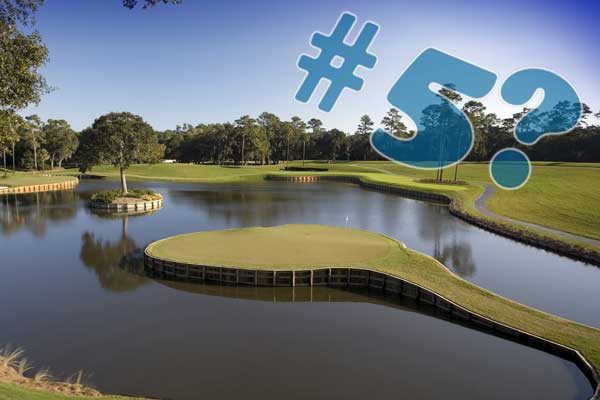 At the start of May each year, the term “unofficial fifth major” is inevitably bandied around in reference to the lucrative Players Championship which some have dubbed golf’s major championship in waiting.

Whether that status is deserved is contentious; however the fact remains that each calendar year features four men’s golfing majors – The Masters, U.S. Open, Open Championship and PGA Championship.

While the Official World Golf Ranking’s top 200 are made up of golfers from 30 different nations, three of those majors are held in the United States; the other in the United Kingdom.

So does golf need another major championship? Where would it be held? We’ve invited our friends at Golfmagic.com to join us in the debate over golf’s fifth major.

When it comes to the idea of the 5th major, I think the introduction of such an event would open up a proverbial can of worms. While I agree with those who think it’s a little lopsided to have three of the four major championships in the USA, the addition of a 5th major would, in my humble opinion, simply devalue the existing four which, with exception of the Ryder Cup, are the undoubted highlights of the golfing calendar.

The Masters, US Open, Open Championship and PGA Championship are recognised as special events by golf fans all over the world having been ingrained as such for decades. Pros themselves regard them as special too so what effect would having another have on the history books? How would you measure the achievements of Palmer, Nicklaus, Woods and co against future players who would have had an easier ride to multiple majors if there were more opportunity to win them?

I would much rather keep the status quo with perhaps the PGA Championship moving away from America once every few years, an idea which has already been mooted with Royal Portrush supposedly being considered to host the final major of 2020.

I think there is room for one more major and it has to be held in Asia. It is a continent which is infatuated with the game and it deserves the honour of hosting one of golf’s greatest competitions.

I would pick China as the host nation as they are the powerhouse of the region and the country is easily accessible from around the world. The course I would like to see host the event would be Sheehan in Shanghai as it blends Chinese tradition and international modernity.

The European Tour has already embraced Asia in its schedule and the players are always excited to make the trip to soak up the atmosphere and culture of the area.

Asian golf has given so much to the game over the years and the continent should be rewarded.

A fifth golfing major would be overkill, in my humble opinion. But I certainly think it is time the PGA of America explored taking one of the three US-hosted majors to new shores – more specifically, the PGA Championship. I may be biased, but Australia would be a perfect fit.

Interest in the game in Australia is sky-high following Adam Scott’s breakthrough Masters victory and subsequent ascent towards the World No.1 spot, while four Aussies have saluted on the PGA Tour already this year.

In terms of a host venue, Royal Melbourne is routinely ranked among the top 10 courses in the world and has already proven its tournament credentials after an outstanding 2011 President’s Cup.

Combine Royal Melbourne with Australia’s sports-mad public, it’s favourable climate and proven track record in hosting international sporting events – and you’ve got the ingredients for a spectacle befitting a major.

Oh, and minus the “mashed potatoes”.

Would you like to see a fifth major on the golfing calendar? Join the debate by posting a comment below.