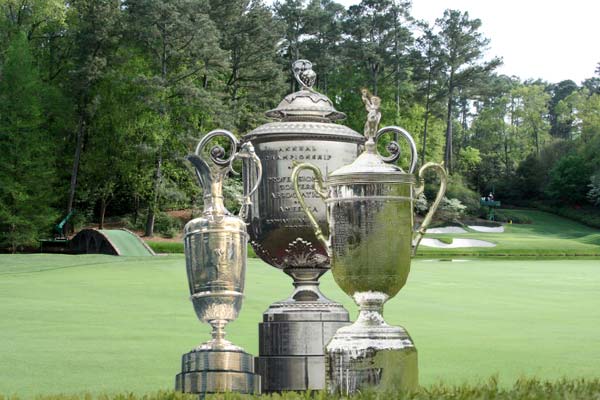 Clubhouse debate: Order of Merit or a major?

Colin Montgomerie created a stir this week when he insinuated that winning the European Tour’s Order of Merit (or the Race to Dubai as they call it) is more important to golfers than majors.

“To win the Order of Merit is everything to a top player; it’s like the league championship. The majors I feel are the FA Cup. If you asked anybody what they would prefer to win, they’d say the league,” declared the Scot.

In this week’s edition of The Clubhouse Debate, YGT’s contributors to the 19th Hole weigh in with their views on golf’s ultimate prize – a major, or an Order of Merit?

I understand Monty’s football analogy but I’m not so sure it applies to the world of golf, Rory Anderson writes.

Put it this way…

Do you think Justin Rose – who has one of each when it comes to Order of Merits and major championships – would swap his 2007 Order of Merit title for a second major? Of course he would. Win one major and you have secured a place in golf history. Win more than one and you join a very elite club indeed.

While Monty has every right to be proud of his achievements on the European Tour – 8 Order of Merit titles is an amazing feat of consistency after all – I’m pretty sure he would trade all eight of his Order of Merit titles for eight major championship wins…then he would truly be a bon afide legend of golf, rather than just a legend of the European Tour.

Click here to read Rory’s article: “Order of Merits better than majors? Pull the other one Monty…”

The majors are the FA Cup of golf? Did someone slip something in Monty’s afternoon tea? … asks Trent Hile.

While winning an Order of Merit is certainly not to be sneezed at, to suggest it ranks alongside, let alone above a Major, is simply absurd.

The fact is that the big guns – the Tigers, Phils, Vijays and Ernies – have always prioritised the pursuit of a Major over making the necessary appearances to win the end of year money race. Do you think Lee Westwood would hang on to his two money list honours if he could trade them both for a Green Jacket?

A Major to a golfer is equivalent to an Olympic medal to an athlete, or a Grand Slam to a tennis player.

Did a young Tiger or Rory grow up dreaming of one day eclipsing Jack Nicklaus’ eight PGA Tour leading money winner titles? Or like me, did they not really give a stuff?

The magical figure is Jack’s 18 Majors. Because winning a Major is the sport’s pinnacle achievement.

And sadly for Monty, his longer lasting legacy won’t be as an eight time European Order of Merit winner – but as one of the better players never to win a Major.

Very simply I’d rather win a Major than an Order of Merit, says Oliver Gunning.

Whilst I’m not sure Majors are the only thing to consider when looking at a golfing career they certainly are a key component. I think if you asked most golfers of what defines a career they’ll probably immediately point to a Major or Ryder Cup triumph,

I’m a big fan of Jack Nicklaus, so perhaps my view is a little biased, but whilst I can tell you the number of Major victories he claimed, I have no idea, or interest if honest, in the number of Order of Merit titles he claimed. Jack is considered the greatest golfer to have ever lived, not just because of the 18 Major victories he claimed but because of a dominant tournament record which saw him record almost every possible accolade in the sport.

Perhaps going slightly off topic but where would Greg Norman sit within this topic? Would Monty rather have 8 Order of Merit than The Great White Shark’s career?

Norman is a golfer considered by of his peers to be one of the best ever, and yet only achieved 2 Major victories and 1 European Order of Merit (plus another 3 PGA Tour leading money winner and 6 PGA Tour of Australia titles). However, Greg’s greatest achievement in my eyes at least, lies in his position as the number 1 golfer in the world for 331 weeks during an amazing career.

Take nothing away from Monty, 8 Order of Merits is a fantastic achievement, but his football comparison is wrong. If an Order of Merit is the league, a Major is the Champions League.

Which would you rather win – an Order of Merit or a major? Vote now in our poll and join the debate by posting a comment below.