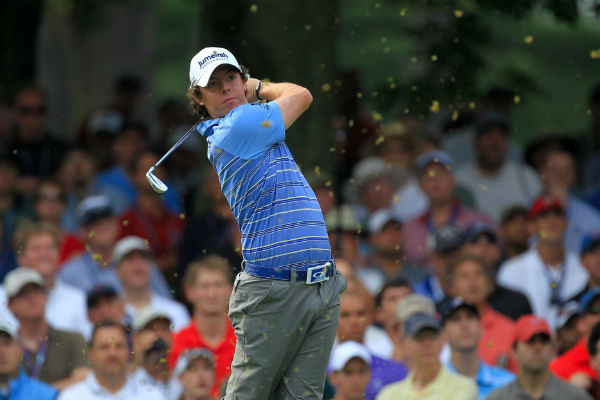 Could Rory McIlroy return for the PGA Championship?

By Richard ForresterAugust 6, 2015No Comments

Rory McIlroy has continued to fuel speculation about his return to action by posting a video of himself driving a ball.

Accompanied with the message, “Feels good to hit the driver again!”, McIlroy shared a short clip on his Instagram account of him playing from a tee.

The world number one has not played since suffering a “total rupture” of left ankle ligaments while playing football with friends a month ago.

He was unable to defend his title at the Open Championship at St Andrews and will also miss this week’s WGC-Bridgestone Invitational, another crown he currently holds.

There has been no announcement over whether 26-year-old will play at the US PGA Championship – the year’s final major and another event he won last year – at Whistling Straits next week.

But the Northern Irishman is clearly pleased with his progress with his latest video following another on Wednesday which showed him working in a gym without any apparent discomfort. He has also shared photographs of his ankle from four and three weeks ago saying, “I’ve come a long way since”.

McIlroy has led the world rankings for the past year but will surrender top spot to Jordan Spieth if the Masters and US Open champion can win his first World Golf Championship title at Firestone Country Club this week.