Luke Donald knew exactly what he had to do on Sunday if he were to top the PGA Tour money list – win the Children’s Miracle Network Hospitals Classic. And trailing the lead by five shots heading into the final round, Donald’s chances of overhauling the prize money haul of Webb Simpson looked slim. 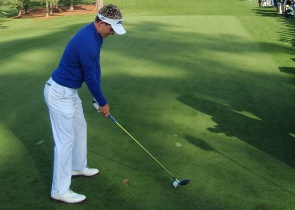 But Donald, who trailed Simpson by some $360,000, posted perhaps his best round of 2011 – no mean feat, given the season he has had – to wipe out the five shot deficit and claim the top spot in the money list; recording a 8-under par 64 to win by two from joint-overnight leader Justin Leonard.

Donald got off to the perfect start, notching up back-to-back birdies on the opening two holes, but he did his chances of the win little good with a bogey at the fifth. Two more birdies were tempered by another dropped shot as Donald turned in 2-under par, but it was on the homeward nine that me really made hay, notching up six birdies on the bounce before playing the final three holes in par to post a 17-under par clubhouse target.

It was Donald’s second PGA Tour win of the season, following his WGC-Accenture World Match Play Championship back in February, but it’s a wonder that he has only won twice on the Tour in 2011; following a season-opening missed cut in the Northern Trust Open, Donald has only three times finished outside the top-10 in all his events since on the PGA Tour, and lost out to Brandt Snedeker in a play-off for The Heritage in April.

With Justin Leonard claiming second spot, two behind the Englishman, there was a three-way tie for third, which featured Kevin Chappell – who had also shared the third round lead, as well as Korea’s Sunghoon Kang and veteran Tom Pernice Jr, who could easily be plying his trade on the Seniors Tour, but chooses instead to compete against the younger generation. His finish meant he crept into the top-125 on the money list, and win back his card for next season.

Tour rookie Chappell will look back on a missed 3-footer at the 10th hole which cost him a birdie, and he dropped a shot on the next when his approach found a bunker. He eventually posted a level-par 72.

Webb Simpson finished second on the money list behind Donald, but couldn’t live with the world number one once he hit his stride; eventually carding a third straight round of 69 for a 13-under par score and a tie for 6th alongside former US Masters champion Trevor Immelman, John Rollins, and Nick O’Hearn.

“This is one of the most satisfying wins of my career,” Donald said after his win in the event, which he only decided to play in after Simpson had competed the previous week at Sea Island, otherwise he might have taken the week off. The fact that Simpson finished runner-up gave the world number one little choice if he were to claim the top honours in the money list, and he knew his best chance was to win the tournament.

“It was do or die, everything was on the line,” Donald said, who now could become the first player to win both the PGA Tour and European Tour money lists in the same season. “I’m thrilled and over the moon.”

With five tournaments left of the European Tour, Donald leads US Open champion Rory McIlroy by little over $1.8 million. In total, Donald earned just over $6.6 million for his exploits on the PGA Tour in 2011.