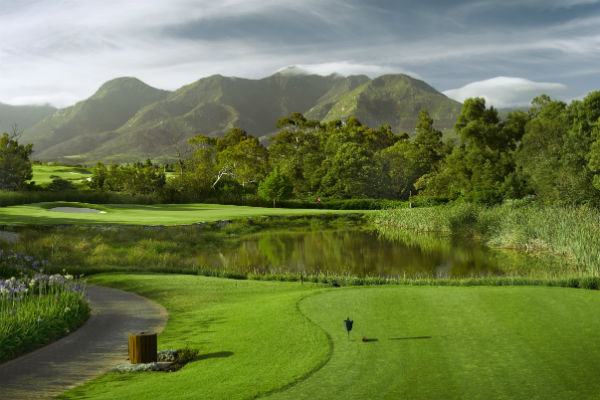 By Richard ForresterJanuary 12, 2015No Comments

2011 Masters champion Schwartzel took a five-shot lead into the final round at Glendower Golf Club in his native Johannesburg and, despite an error-strewn display, still led by four with five holes to play.

However, Schwartzel failed to get up and down from a plugged lie in a greenside bunker on the 14th and three-putted the 16th to run up a double-bogey six, before a dreadful tee shot on the 17th led to another bogey and left him tied with Sullivan on 11 under par.

The players returned to the 18th for a sudden-death play-off and, after both had missed the fairway, Sullivan produced a stunning recovery from the trees and holed from 10 feet for a winning birdie.

Sullivan, who held a one-shot lead at the halfway stage but bogeyed the first four holes as playing partner Schwartzel birdied them, started the day seven shots off the lead but carded four birdies, an eagle and one bogey in a closing 67.

The 27-year-old from Nuneaton perhaps thought his chance had gone when he left a long birdie putt on the 18th a few inches short, but Schwartzel’s shaky finish led to a 74 and ensured extra holes were required.

“It’s unbelievable,” Sullivan said during the trophy presentation. “After Saturday I didn’t think I stood much of a chance with Charl getting ahead that far.

“Charl has won major championships, my caddie said expect him to hole (his third shot) and he nearly did. I was delighted just to hit the green and have a chance to win and I’m just glad I took it. I didn’t want to give him a second chance to take the title away from me so I am absolutely delighted and I hope the guys at Nuneaton Golf Club are having a few beers for me!

“To just play on the European Tour is something I’ve wanted to do my whole life, so to win an event just caps it all off and to do it in South Africa where I have always enjoyed playing, it has just been an incredible week.”

England’s Lee Slattery carded a closing 69 to finish third, just one shot outside the play-off, with Spain’s Pablo Martin another shot back in fourth after also recording a 69.

Born in Nuneaton in 1986, Sullivan grew up as a member of Nuneaton Golf Club and had a successful amateur career, winning the 2011 Scottish Amateur Open Stroke Play Championship before turning professional later that year.

2013 was more successful for Sullivan as a tie for third at the Alfred Dunhill Championship helped him climb to 98th in the Race to Dubai and in 2014, he secured a career-high 33rd place finish.

His 2014 was most memorable for his hole in one at the KLM Open in which he won a trip to space with event sponsor and US spaceflight company XCOR Space Expeditions. He has yet to make the trip!