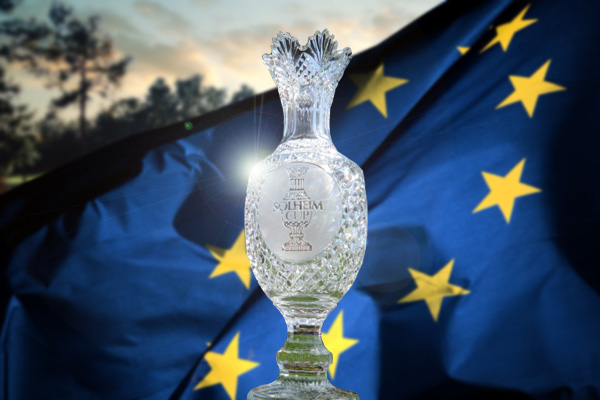 For the first time in history, Europe won the Solheim Cup on American soil and, unlike the Miracle at Medinah last September, this was no close affair; the USA were crushed. After day one there wasn’t much between the two teams but a sensational clean sweep in the Saturday Fourballs put Europe up 10.5  – 5.5; a handsome lead to say the least.

However as we have learned from the past – last year’s Ryder Cup for instance – matchplay contests are never over until the fat lady sings and although only 3.5 points were required for Europe to retain the trophy, the final day was never going to be a foregone conclusion.

Wins from 17-year-old Charley Hull – a stunning 5&4 triumph over Paula Creamer – and Carlota Ciganda, as well as a half for Anna Nordqvist against British Open champion Stacy Lewis took Europe’s total to 13, one point shy of retaining the cup, before a threat of lightning brought the players off the course.

However Europe didn’t have to wait long once the players were back on the course to complete the job. Caroline Hedwall birdied from four feet at the final hole to defeat Michelle Wie and ensure that Europe couldn’t be beaten. Wie coincidentally was the player who lost the decisive match last time out at Killeen Castle in Ireland; on that occasion she fell to another Scandinavian, Suzanne Pettersen.

The glory of securing the half point that would win the contest outright went to veteran Catriona Matthew as she also holed from four feet at the last 18 to half her match with Gerina Piller and push Europe to the magic number of 14.5 points.

Europe eventually extended their winning margin to a 8 points, eventually finishing with a score of 18-10.