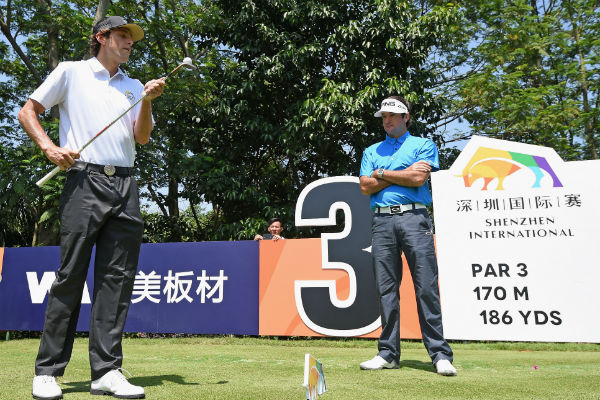 This week’s European Tour event is all about one man – big-hitting Bubba Watson, who makes the journey halfway around the world from the USA to China.

But Bubba has had mixed fortunes when he has gone on his travels before and at a very short price (as low as 6/1 in some places) is not a player to put your mortgage on. The Genzon Golf Club is reasonably generous off the tee, but recent hot weather and heavy rain could still make the rough difficult. And with a tree-lined front nine, and a host of hazards coming into play over the last six holes, it is a course that demands respect.

Better to side with a pair of players who have already demonstrated they can get it around Genzon, which hosted last year’s China Open. Winner then, against a strong field, was France’s ALEXANDER LEVY, a general 25/1 shot. He carded a scintillating second-round 62 last year en route to a four-shot victory, and while his play this season has been unspectacular, Levy is a very decent operator.

Secondly, DAVID HORSEY (50/1), who threatened to bring home the bacon for us recently in Morocco. At last year’s China Open, while Levy was blitzing his 62, Horsey slumped to a second-round 76. A 14-shot difference in one round, but Horsey still finished in the top 25, 13 shots behind Levy. Two top-20s in his last two starts bode well for the Englishman.

Of course, Watson may blow the whole field away, such is his undoubted ability, but we’ll happily put Levy and Horsey up against him at the prices.