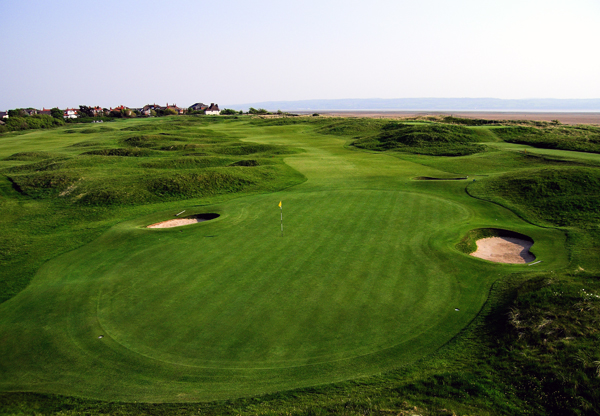 As the winter months set in we golfers – those of us who aren’t of the fair weather variety anyway! – will have to deal with the odd round where we experience soggy fairways and bumpy greens…unless of course we head for the coast to take on some links courses which of course boast quick-draining sandy turf that is perfect for golf.

Links courses will remain running fast and true in all conditions and with the vast majority only closing when the snow falls; you are guaranteed a game even in the worst of the weather the winter has to throw at us. With plenty of choice in terms of top quality links courses to play this winter, making a decision isn’t the easiest but head to the Wirral Peninsula in the North West England and you’ll be guaranteed some of the best links golf in the country.

The best the Wirral has to offer comes in the form of the 2014 Open Championship host. Royal Liverpool – known as Hoylake to many – is, needless to say, one of the finest links courses not just in England but in the world and it leads the way when it comes to golf in this neck of the woods.

Royal Liverpool – the second oldest golf courses in England behind Royal North Devon – has a long and illustrious history, having hosted the Open Championship no less than 11 times. The oldest major in golf 1st visited these fairways back in 1897 and the last time it was here, a memorable display of course management saw Tiger Woods waltz off with his third Claret Jug and 11th major championship.

One of the nine courses currently on the Open Championship Rota, Royal Liverpool is undoubtedly one of the greatest and most historic in the UK.

Originally laid out by the brother of Old Tom Morris, Royal Liverpool didn’t become an 18 hole course until 1871 – some seven years after it was 1st opened for play as a nine holer – but since then it has benefitted from various tweaks and design changes made by some of the most famous names in golf including Harry Colt and Donald Steel, who brought the course into the 21st century, enabling it to compete against the modern player who of course is armed with space aged drivers and golf balls that fly forever.

The land on which Hoylake sits is unusually flat but as you find your way further out into the course, undulations become more distinct. There are only two holes however, that are concealed by dunes so when the wind blows, the golfer feels the full brunt of it! This is as genuine a test of links golf as you will face on these shores and while the course is not as visually spectacular as the likes of Turnberry, the test of course management and shot shaping is as enjoyable as any.

Of course, while Royal Liverpool is undoubtedly the star turn on the Wirral Peninsula, it’s not the only golf course worth writing home about.

Bromborough Golf Club is known to many as “Wirral’s Parkland Jewel” and while it might not boast the glaring obstacles that seem to adorn more modern golf courses, think huge water hazards and dramatic bunkering, it does have the teeth to protect itself against the in-form golfer. Beautiful and challenging, Bromborough is an established golfing institution of the Wirral.

Bromborough offers an interesting change of pace to the more rugged Royal Liverpool and while it isn’t as tough as its Open Championship neighbour, it’s certainly not a pushover; you’ll need to be on form to sho0t your handicap here!

Another course not to be missed here is Caldy Golf Club. Like Bromborough, Caldy can hardly be described as a household name but the challenge it offers perfectly complements the brutish examination awaiting golfers tackling Royal Liverpool.

Caldy’s relative anonymity is surprising considering some of the names that have worked on the course. Jack Morris, nephew of Old Tom, designed the course in its original 9 hole form before James Braid stepped in to transform it into its current 18 hole state.

Caldy certainly falls into the category of “Hidden Gem”. Quite how this spectacular course isn’t better known among the golf touring fraternity is a mystery.

Cadly offers a dynamic and varied test of golf where, from the inland holes to the holes that run along the cliff’s edge, the golfer is constantly kept on his toes.

Bromborough and Caldy may not be household names to many, but they are infinitely charming courses and are the perfect complement to the main attraction of a Wirral Golf Tour; the mighty Royal Liverpool.