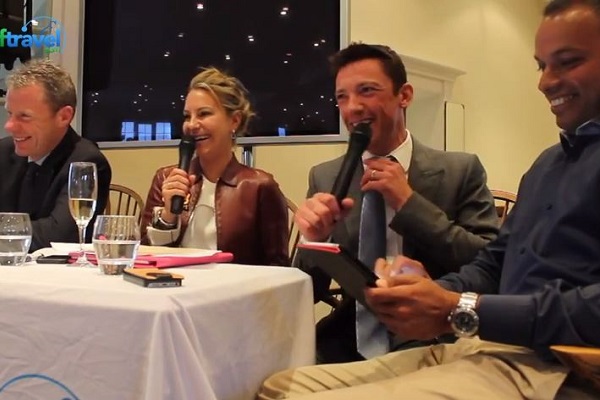 The Prince of Wales’s stakes is the feature race on Wednesday’s card, and Frankie was particularly bullish about the chances of his mount in the race: Treve.

“She’s the best horse in the world,” he said. “If she travels, they can’t beat her. It’s as simple as that.”

Emma reported that the favourite to take out the Duke of Cambridge Stakes, Integral, had been “working very, very well” – while Rishi advised to keep an eye out for Lamour De Ma Vie at longer odds.

Frankie also fancied the chances of Abseil in the Royal Hunt Cup at 17:00.

“He’s lightly raced. He’s been the banker for weeks,” he said.

Watch the preview of Wednesday’s card at Royal Ascot.