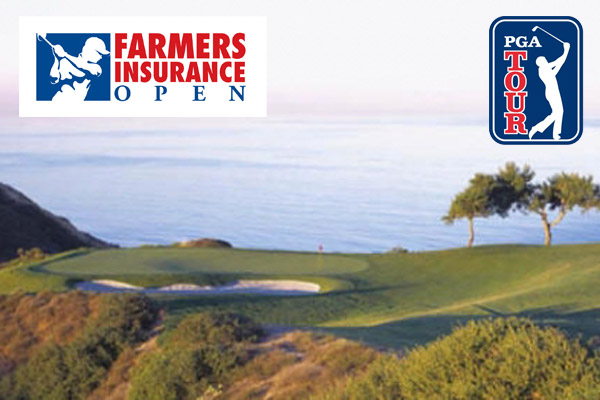 The PGA Tour remains in California this week for the Farmers Insurance Open, where defending champion Tiger Woods will aim to win the event for an eighth time. We cast an eye over the major players in the second leg of the ‘West Coast Swing’.

LAST YEAR: Making his first appearance of the year, Tiger opened his 2013 PGA season with a crushing victory at Torrey Pines. On the course where he claimed the 2008 U.S. Open on a broken leg, Woods delivered a vintage 14-under performance to claim the title for a seventh time, amidst the fog which caused the fourth round to stretch into Monday. Having carried a six-shot lead into Monday with 11 holes to play, he overcame some late struggles to remain four shots clear of Brandt Snedeker and Josh Teater in second place.

THE LOWDOWN: The tournament is contested over the two courses at Torrey Pines – the North and South – with the first 36 holes split between them, and the last two rounds played on the South Course. Both are situated near the cliffs overlooking the Pacific Ocean so wind can be a factor. The North Course measures 6,874 yards and is the shortest and easiest of the pair. The South is a real monster and stands as the longest course played on the PGA Tour rota.

With that in mind, one of the key factors this week will undoubtedly be length off the tee. Tiger Woods ranked second for driving distance last year, while Bubba Watson, Nick Watney and John Daly are among the list of former winners – and all can certainly hit the ball. Course experience and past form appear to be other important trends. All of the past 10 winners of this event had finishes in the top-10 in at least one of their previous two attempts. While the South Course is expectedly the harder of the two tracks, you need a good score on the North to contend – the last four winners have all shot at least 65 (-7) there.

DID YOU KNOW: History suggests you need to be an American to win this event. Gary Player (1963) and Jose Maria Olazabal (2002) are the only overseas winners in the tournament’s 61 year history.

PLAYER TO WATCH: The return of Tiger Woods to tournament golf for the first time this year will ensure a huge audience, both on course and at home, as the World No.1 chases a remarkable eighth win at this event. It’s been six weeks since his last competitive outing but that hasn’t stopped bookmakers from installing him a prohibitive favourite (5/2 with Bet365) to score first-up from a spell. While it’s rarely advisable to tumble into such a short quote in the unpredictable world of golf, Woods has proved almost unbeatable at Torrey Pines. In 13 starts at this event, he’s won seven and been inside the top-10 in five others, four of those top-fives. He also won the last of his 14 major championships here, downing Rocco Mediate in a playoff for the 2008 U.S. Open.

THE TIP: Like Woods, Jason Day (35-1 with Totesport) returns to tournament golf for the first time since his appearance at the Northwest Mutual World Challenge. The Australian won two weeks prior to that event at the World Cup held at Royal Melbourne, before finishing sixth a week later at the Australian Open. Day fits the event profile, having fired a closing round of 66 to finish in ninth spot last year. His length off the tee will be a huge asset, while he ranked inside the top-25 for par-5 scoring last season – there are four on each course this week. I just get the feeling that this is Day’s year. Having come so close at both the Masters and U.S. Open, I believe that finally breaking through at the World Cup will give him enormous confidence and prove the springboard to a hugely successful 2014 campaign… starting this week.

THE ROUGHIE: I know it’s again going against the American-only theory, but Victor Dubuisson (100-1 with SkyBet) represents a terrific outside chance at his first start on the PGA Tour. The Frenchman enjoyed a prolific finish to 2013, winning the Turkish Airlines Open and finishing inside the top-five at both the DP World Tour Championship and Volvo Golf Champions. He averaged 298.8 yards off the tee last season which would have placed him inside the top 20 on the PGA Tour, and should hold him in good stead at Torrey Pines. Furthermore, his strength from tee to green placed him ninth on the European circuit for Putts Per GIR. He’s capable of an exciting performance this week.

Who do you fancy this week at Torrey Pines? Share your picks in the comment box below! 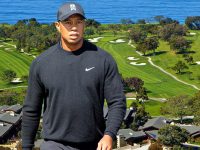 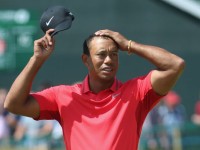 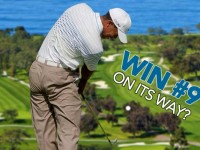 Tiger Woods and Torrey Pines – A Match Made in Heaven
January 22, 2014