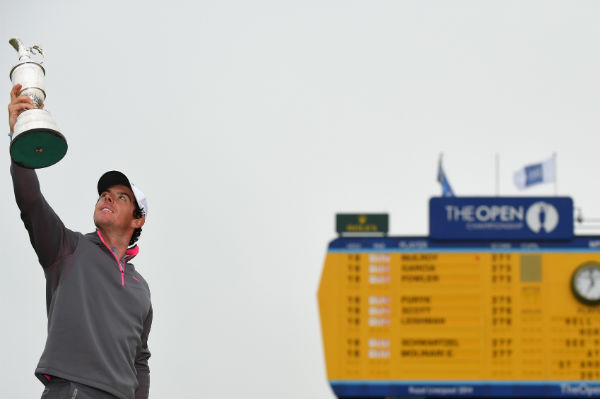 Five reasons we like The Open moving to Sky

The decision by the R&A to take the Open from only terrestrial TV and take the millions of pounds on offer from Sky has been met with outrage. ‘This will kill the game of golf,’ comes the cry from golf clubs across the land. But will it, really?

Here at the 19th Hole we think that in fact moving it to Sky could be the best thing the R&A could have done. After all, for a game that can seem rooted in the past, doing something different has to be the way forward. The game might be dwindling but if you do what you’ve always done you’ll get what you’ve always got. And while the BBC is obviously viewed in more homes than Sky Sports, the hard fact is that the audience for The Open is around one million. We’re not talking Torvill and Dean figures here (by the way, how come we didn’t all start ice dancing in 1984 if telly is so important?)

So here are the five reasons we believe the move to Sky is the right move.

Investment in the Game

1) Growing the game needs money. Yes, it needs an audience, but there is no use having people wanting to play without the right facilities. Cricket can point to its Kwik Cricket programme, funded by TV money, as a way it is improving its grassroots. It will take years before we see if this is the right move for either sport but at least with funding in place the game’s administrators can try something new. This is not popular in many clubs because it is indeed ‘something new’.

2) Sky will do a great job, because they always do. They are experienced golf broadcasters – indeed, much more so than the Beeb these days. While it’s hard to imagine an Open without Peter Alliss in the commentary box, he’s 83 now and would be retiring soon anyway. Sky’s golf coverage is slick and informative (and you can bet your bottom dollar they’ll innovate the hell out of it) and the deal allows just four minutes of advertising per hour.

Keen golfers will still watch it

3) Those who really care about watching golf will already be doing so on Sky. There won’t be any avid golf watchers who wait all year for the one tournament on the BBC then bemoan the fact that they’ve had their lot. Yes, there are more casual viewers on the Beeb but the chances of them rushing out to take up the game are remote.

4) The BBC will still get a highlights package, screened daily. This is surely the best of all worlds as it means that those without pay TV will still get their film and indeed a fix of the best bits.

5) Sorry to say, the BBC doesn’t deserve to keep The Open. It has done virtually nothing to innovate its coverage in the last 20 years, smugly carrying on in the same, rather tired old fashion. If the game is to move on, it needs to be presented differently. It is changing, with the likes of Rory McIlroy, Rickie Fowler and Jordan Spieth at its vanguard, and the way it is screened needs to change too.