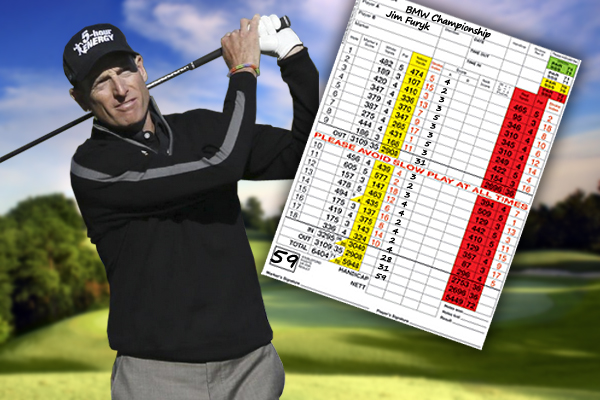 The battle against Old Man Par is an eternal one in the game of golf and while it’s a fight the overwhelmingly large majority of the estimated 60 million golfers on the planet will never win, there are the chosen few who have what it takes to come up with the knockout blow.

Jim Furyk certainly fits into the latter category, proof of which came in the form of his spectacular 59 at the BMW Championship. While there are plenty of amazingly low scores shot week in week out on the professional golf tours around the world, the magical 59 only comes around once in a blue moon.

On the PGA Tour for example, only 6 men have ever gotten hot enough to go sub 60 and while some people would argue that “a 59 is a 59”, others might say some 59s are better than others.

Here we take a look at what we think are the 5 best 59s in golfing history.

Geigberger became the original “Mr. 59” in 1977 when he shot the first ever 59 score on the PGA Tour. In the second round of the 1977 Memphis Classic at Colonial Country Club, Geigberger fired an amazing 11 birdies and an eagle to reach the historic milestone.

David Duval might have suffered from a serious fall from grace when it comes to his position in the world of golf but once upon a time, he was the world’s best player, capable of some amazing feats on the golf course.

The Palmer Course at PGA West course had taken a battering from the pros all week but on the final day of the 1999 Bob Hope Chrysler Classic, Duval was firmly in “the zone” and really went to town.

While shooting 59 on a par 72 course is the stuff of dreams, if you look a little closer at Duval’s round you realise why so many golf fans regard this as the single greatest round of golf ever played.

With his ball seemingly on a string, Duval was robotic from tee to green and the longest putt he had to hole all day was a mere 10 footer. Having already carded 11 birdies, Duval knocked in an 8 footer on the final hole for an eagle and secured victory by a solitary shot, having started the day 7 shots off the lead.

With 10 major championships to her name, Sorenstam is a true great in the women’s game and her 59 at the 2001 Standard Register LPGA is the lowest score in LPGA Tour history, bettering the record of 61 she already shared with Karrie Webb and Se Ri Pak.

Annika’s round included 13 birdies, no dropped shots and just 25 putts. She missed just one fairway, hit 100% greens in regulation and her longest par putt was 3½ feet. The 59 also matched and broke other records as well.

The most recent golfer to join the 59 club is Jim Furyk who achieved the feat last Friday in the second round of the BMW Championship, and while any score of 59 is remarkable, Furyk’s 59 is especially so for various reasons.

The man with one of the most famous (bizarre) swings in the game is also the only person to ever shoot the magic number with a bogey on the card and all this came on Friday the 13th which, as Jim proved, is clearly only unlucky for some!

14 years after Geigberger became “Mr. 59”, little known Chip Beck matched the feat with a whopping 13 birdies and 5 pars at Sunrise Golf Club in Las Vegas. Although Beck’s score came about without the aid of an eagle, or any shots holed from off the putting surfaces, it has been asterixed by some naysayers who claim he had done it on an easy course.

The Las Vegas Invitational was a 90-hole pro-am so the rough on the tournament’s three golf courses was scalped to speed the play of the amateurs. The course on which Beck shot his 59 was also less than a year old so the greens were perfect…oh…and the wind wasn’t blowing.

Despite the fact that Sunrise Golf Club might have been “playing easy”, it’s hard to understand how anyone can anyone belittle a 59?! 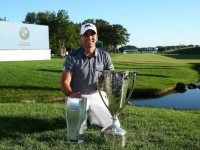 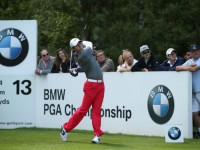