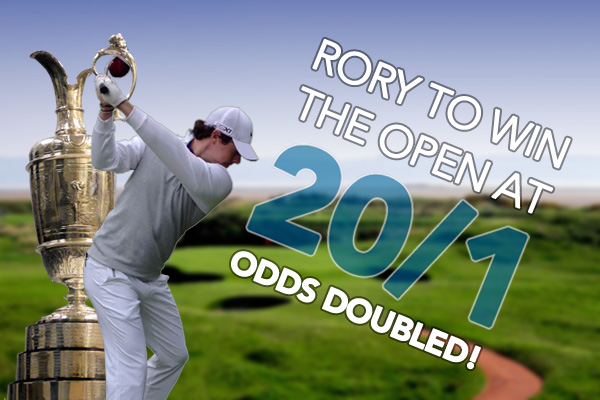 After a week that included a ‘lads trip’ to Ibiza and a night out with an FHM model, Rory McIlroy looks to have found his groove ahead of next week’s Open Championship.

The former World No.1 looked in ominous touch during today’s opening round at the Scottish Open, firing a course-record 64 to take the overnight lead at Royal Aberdeen.

McIlroy carded eight birdies and a just a single bogey. The highlight was undoubtedly his monstrous tee shot on the 13th – a 436-yard par-4 – where he drove the green.

The performance, coupled with a victory earlier this year at Wentworth and his obvious love of links golf, have driven McIlroy into dominant favouritism for next week’s Open at Royal Liverpool.

The Northern Irishman is 10/1 with the majority of bookmakers to win the Claret Jug and add a third major to his U.S. Open and PGA Championship titles.

But if you fancy Rory to weave his magic around Hoylake, then 888sport are offering Your Golf Travel customers 20/1 – that’s double the price you’ll receive anywhere else – on him winning this year’s Open Championship.