Golf in London – where to play near the Capital 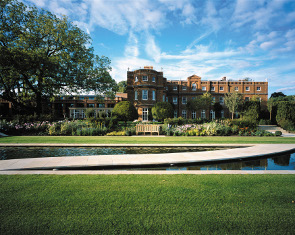 One of the best things about playing golf is the fact that it takes you away from the stresses and strains of everyday life and offers the chance to enjoy the outdoors whether it be with a group of friends or on your own when you can really enjoy a bit of ‘me time’. Most courses are nestled away in the countryside, far away from the hustle and bustle of the city. However there are exceptions to the rule and it is possible to find outstanding and beautiful courses in and around big cities that offer the same sense of peace and seclusion. Here five of the best courses to stay and play in and around the city of London. 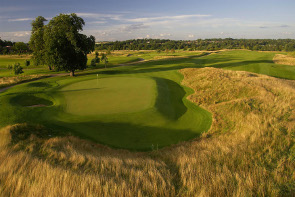 The Grove was designed by the American Kyle Philips who has received worldwide recognition for his previous creation: Kingsbarns. So The Grove had a lot to live up to and it certainly hasn’t disappointed. Akin to the great stadium courses in the USA, The Grove has already gained an amazing reputation and in its short existence has already had the honour of hosting the 2006 World Championships where Tiger Woods romped to an impressive 7 shot victory. Philips’ Hertfordshire masterpiece features immense putting greens that are kept to championship standard all year round thanks to the latest technology and imported strains of grass. The expanses of gleaming white sand and the gentle undulations make it a challenge for even the best of players. As a public course anyone has the right to play this gem of a course and not matter your ability, you will be hard pressed not to enjoy the experience. We challenge you to have a pop at the monstrous par 5 9thin two…Tiger managed it four days in a row and made the eagle putt every day bar the last!

Considering the golfing pedigree of the designer of Selsdon Park it is of no surprise that the course is one of the finest in the South of England. J.H. Taylor was a five time winner of the Open and has used his vast knowledge of British golf to create the perfect thinking man’s course where strategy is of paramount importance. My modern standards Selsdon isn’t the longest course but the heady blend of short par 4s and lengthy par 5s will surely leave you wanting more and will give players of abilities an exacting test of both their long and short game. The course is always in immaculate condition and requires accurate approach play to the elevated greens. Testament to the quality of the course is the fact that the 1981 European Ryder Cup team stayed at the hotel and chose to practice on this beautiful course. 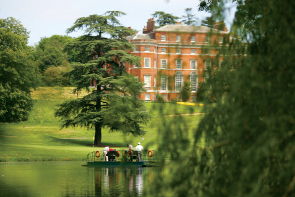 Golfers who visit Brocket Hall are spoiled for choice as there are two championship courses to enjoy. The par 73 Palmerston Course winds its way through towering Hornbeam, Scots and Corsican pines trees that are accompanied by 300 year old oak trees; all of which provide a sense of grandeur that is hard to come by anywhere else. Designed by renowned architect Donald Steel, the course makes perfect use of the natural lay of the land and its hazards are as beautiful as they are deadly.

The Melbourne Course was designed by the formidable duo of Peter Alliss and Clive Clark who have carved a thing of beauty form the existing parkland around the grounds of Brocket Hall. This course crosses the River Lea several times and thus places an emphasis on accuracy. You sign off on this beautiful parkland layout in true style as the only way to get to the 18th green is via the Broadwater Ferry.

As if the two courses weren’t enough, golfers will be hard pressed to find more impressive clubhouse than the one at Brocket Hall. 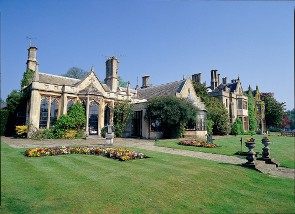 Like Brocket Hall, Foxhills boasts two magnificent championship courses and has the added bonus of a little nine hole track for those who want to brush up on the fundamentals of the game.

The Bernhard Hunt Course was named after the clubs most famous professional who won no less than 30 titles on the PGA European Tour and played in 10 Ryder Cup matches. Long hitters do hold an advantage around this course as some of the par 4s, including the 10th and 18th, stretch well over 400 yards and demand two powerful blows to get on in regulation. Although length is handy, the more accurate players will also benefit from the clever design as the immense pines that marshal the pristine fairways are extremely penal if they are found form the tee.

The Longcross course demands the same from the golfer as the Bernhard Hunt Course: length and accuracy. It is slightly shorter than the main attraction at Foxhills, however it feature cleverly placed bunkers all over the course that make course management an important asset to have.

Both courses are almost unrivalled when it comes to conditioning so no matter the time of the year you choose to play at Foxhills, you won’t be leaving disappointed. 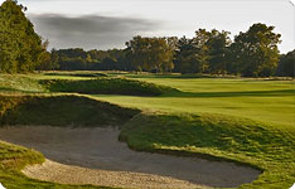 The two fabulous courses at Walton Heath were designed by Herbert Fowler. The early years of the club were overseen by the great designer James Braid, who served as professional until 1950. As with many of the UK’s top courses, Walton Heath’s are two gems are named the Old and the New.

The Old Course is a common feature in the top ten courses in England and as if we needed to say more, the course has a rugged but charming look and often hosts professional events. It was also awarded the 1981 Ryder Cup matches which is testament to the quality of the course and the excitement and fun that can be experienced here. Large oak trees define this parkland course which also has subtle hints of more traditional links courses.

The New course also has a few linksy touches to it including the pretty but treacherous purple heather that demands precision from the tee. As with all the courses on this list these two gems boast outstanding greens and perfectly manicured fairways that provide an interesting contrast with the choppy rough and gentle undulations.

For information on all of these courses and more fine golf breaks in the UK visit www.yourgolftravel.com or simply call 0800 043 6644.