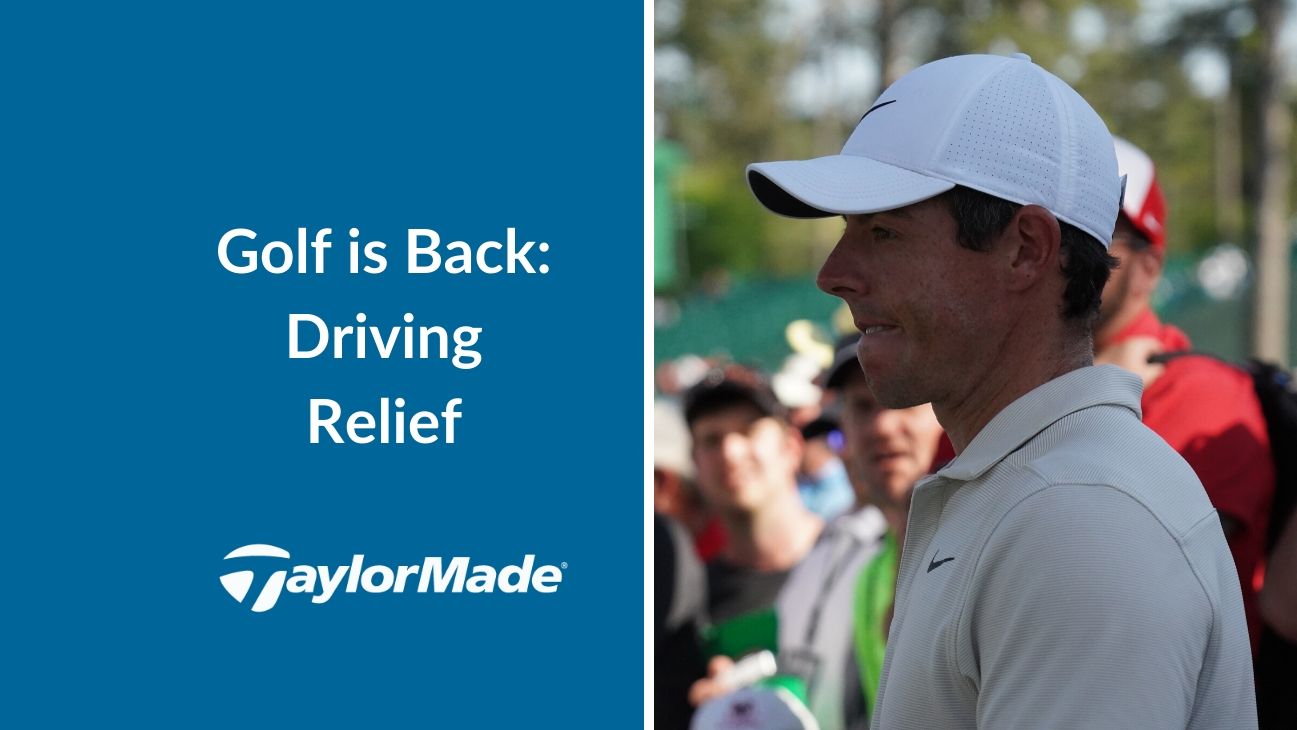 Golf Is Back – TaylorMade Driving Relief

17th May 2020 marked a big day in sport. It was the first live broadcast of any golf for 8 weeks, since the Coronavirus outbreak, where four of the best players in the world, who also just so happen to be TaylorMade players, played a skins match to raise money for Covid19 relief charities. It is important to remember that so many sporting events across the globe having been cancelled or postponed to a later date, including the The Masters, the Olympics and top level football, this match despite there not being a crowd of spectators, was kind of a big deal.

McIlroy, DJ, Wolff and Fowler social distanced themselves around each tee, fairway and green and played the skins match without caddies. Could they have simply got their caddies tested, probably, but perhaps they were proving a point to a huge home audience, that golf can be easily played safely by following guidance.

There were no high fives and no crowds creating a totally different, yet safe atmosphere.

What did we learn?

These guys are still at the top of their game. They may have had 2 months off golf like the rest of us, and definitely played a few rusty shots, but did it really show? Okay they have nets and putting greens in their homes and gardens but considering they, like us, haven’t walked a course or seen real ball flight for 8 long weeks, it’s even more obvious that they are in a different class. Matthew Wolff absolutely nailed the two longest drive holes with a 356 yard drive on the 2nd and a 368 drive on the 14th.

Plus take Rory’s 121-yard closest to the pin shot on the 17th hole as another example. Unbelievable accuracy under pressure which claimed him and Dustin the skins victory 11-7.  This ‘warm-up’ for the lads has got us thinking, is Rory picking up where he left off with another win?

Some things never get old.

How did the skins match come about?

TaylorMade were really keen to support the relief efforts of Covid19 and with the world’s top players at their disposal, a match idea was presented to the PGA Tour to raise money for charity. McIlroy, DJ, Fowler and Wolff were all already in Florida, USA, so could all easily stick to the Florida guidelines for health and safety.

It is completely fair to say that you may not have heard of Seminole Golf Club prior to Driving Relief, as it has never hosted a televised event before and is a private members club, but not the sort of members club with swimming pools and loungers, this is the type of club where members are serious about golf. It has been a long time feature in the Top 100 courses in America, with small greens, sand dunes and a coastal breeze to create plenty of challenges for even for the best players.

What’s next for golf?

Has this paved the way for more live golf without crowds? Will The Ryder Cup and The Masters continue as normal in Autumn? Life is changing daily and keeping us on our toes, so decisions about these events are yet to be known. We’d all love to be there watching live that’s for sure, so fingers crossed.

In the meantime though, many courses across the UK and Ireland have now opened and with help from government guidance are safe to play when following the rules; 2 balls, change into your golf shoes in the carpark, no handshaking, keep social distance, don’t touch the flag or bunker rakes and use hand sanitiser. It may not be exactly the game that we’re all used, but boy are we grateful we’re allowed back out for a round, and to be inspired by the top TaylorMade players doing the same.