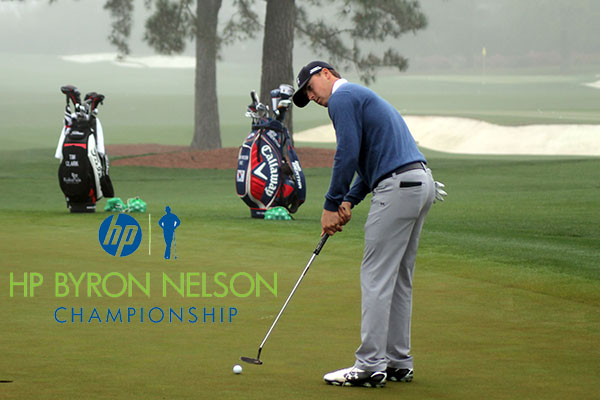 The PGA Tour returns to Texas this week for the HP Byron Nelson Championship at the TPC Course at Los Colinas. We cast our eye over the course and field to bring you a preview, our best bets and advice for Fantasy golf.

LAST YEAR: Sang-Moon Bae clinched his first PGA Tour title with a two-shot victory over Keegan Bradley in Texas. The the 26-year-old South Korean raced to a four-shot lead in blustery conditions early in Sunday’s final round, before handing all four back to the American by the 15th. However Bae rallied as Bradley stumbled, walking down the 18th with a two shot advantage which he would maintain. Charl Schwartzel shot a final-round 68 to finish third at 10-under. Justin Bolli shot a bogey-free 65 to match his career-best finish of fourth.

THE COURSE: The TPC Four Seasons is a difficult par 70 layout that features tree-lined fairways, undulating greens and a number of water hazards. As such, the course demands a solid all-round week. Those longer off the tee have tended to fare well here, although the key to contending will rest heavily on the flat-stick on these large greens. Wind tends to play a role throughout the week, so look for those who are comfortable in blustery conditions.

Check out some of the most memorable moments from the tournament named in honour of the great Byron Nelson.

BEST BET: Jordan Spieth (12/1) – the Texan phenom continues to defy course inexperience and the numbers printed on his birth certificate. He produced that scintillating Masters debut to finish in a tie for second behind Bubba Watson, before a solid T12 at the RBC Heritage. Last week at Sawgrass – renowned as a graveyard for debutantes – the 20-year-old left his doubters swallowing their words by mounting a hugely impressive challenge in a T4 finish. Little course form to speak of again this week (although he did finish T16 here as a 16-year-old on debut) but Spieth looks to have a remarkable amount of confidence in his game at the moment. At his hometown event, I expect he’ll lift another notch again. This might finally be week for PGA victory No.2.

VALUE: Marc Leishman (40/1) – comes here after avenging a couple of poor performances with a brilliant final-round 67 at Sawgrass which elevated him into the top 25. The Australian will be disappointed with his past month’s return, particularly after leading the Masters field midway through the second round before capitulating to miss the cut. But the confessed lover of windy conditions looks to be peaking at the right time, having finished no worse than 12th at this event in four of his past five starts. Expect a big showing from Leishman this week in Texas.

ROUGHIE: Martin Flores (100/1) – his sole 3rd at Quail Hollow may have seemed a flash in the pan, but look a little closer at the 32-year-old’s season thus far and you’ll find four more top 20s from his previous six starts. A solid if not spectacular player, Flores is enjoying a handy run of form and could surprise in his home state.

Jimmy Walker (11.0) – came from nowhere with a barnstorming 65 on Sunday to finish T6 at The Players. Leads the Strokes Gained-Putting stat on Tour and has been a prolific Fantasy point-scorer all season.

Gary Woodland (10.5) – was far from disgraced on a seemingly unsuitable course at Sawgrass, finishing T11. The heavy-hitting American should prefer it here and has made the cut in his last four visits.

John Senden (7.5) – don’t be fooled by the price tag; Senden is a man in serious form, with a win already at the Valspar Championship and a T8 at the Masters.