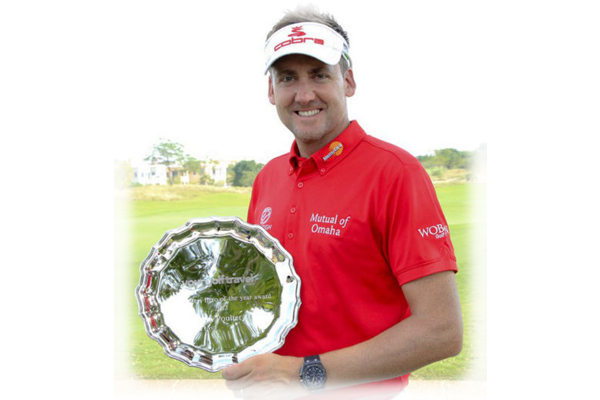 Depending on your nationality and where your allegiances lie when it comes to a certain biennial match between the USA and Europe, picking your golfing hero of the year can be a tough task. However, if you happen to be from England and / or a fan of the European Ryder Cup team there can only be one winner.

So congratulations to Ian Poulter who recently caused a landslide in our voting for the Golf Hero of the Year, thanks largely we assume, to his epic display at Medinah in September’s Ryder Cup. In addition to the Ryder Cup however, Poulter has enjoyed a momentous end to the season and now Europe’s Ryder Cup talisman has something extra to celebrate after being voted the Golfers’ Hero of the Year after a survey of around 100,000 golfers.

Poulter, 36, was the overwhelming favourite of Your Golf Travel clients in our recent polls, following his heroic display at the Ryder Cup at the end of September as the European team staged the biggest and best ever comeback to retain the trophy in unlikely fashion.

Poulter won all four of his matches at Medinah and also inspired his European team mates in a hostile atmosphere created by enthusiastic American fans, some of whom crossed the line in terms of acceptable behaviour. None of this fazed the 36-year-old Englishman though as he followed Bubba Watson’s example on the first tee and got the limited section of European fans to try to counter the American din. He also birdied his last 5 holes in a row on Saturday to snatch a win and make the Sunday comeback even a remote possibility. As a marked man at Medinah he was defiant, brilliant and inspiring.

Following the Ryder Cup, “Poults” won the WGC-HSBC Champions event at the start of November and finished runner-up at the Australian Masters to move up to 13th in the world rankings. He registered top-10 finishes in six of his last 10 tournaments before the 2012 Race to Dubai Final which was recently won by Rory McIlroy in Tiger-esque fashion; two players who Poulter left trailing in his wake in the voting despite having stellar seasons themselves.

A staggering 69% of responding Your Golf Travel customers voted for the Woburn based former world number five and the delighted Poulter was presented with his award by Your Golf Travel co-founder Ross Marshall at the season-ending Race to Dubai Final.

Upon receiving the award Poulter said: “I’m really honoured to receive the Golfers’ Hero of the Year award – the support I’ve had this year from fans was key to the success I’ve enjoyed on the course.”

“Having watched Ian’s exploits first hand in Medinah, I was thrilled to be able to present the Golfers’ Hero of the Year award to him. It was a team event but nobody would ever question who was the European leader out on the course – his performance was phenomenal,” added Marshall. 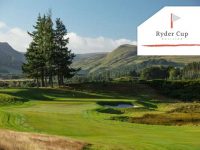 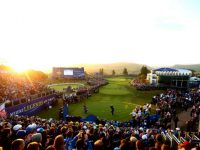