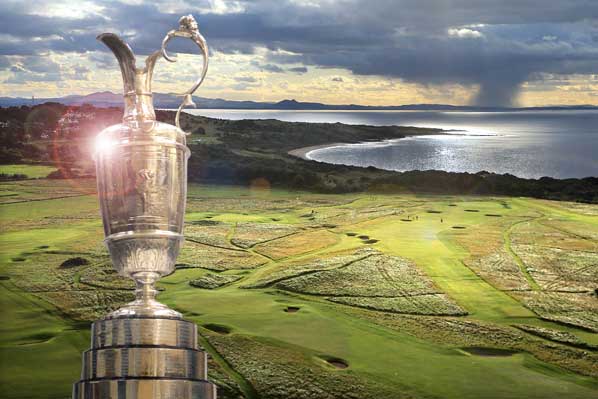 Iconic Open Championship Moments – The Good, The Bad & The Ugly

The excitement is palpable. Golf fans all over the world are getting into Open championship mood, with the game’s most historic tournament less than a week away. While a week of battling it out with the classic links courses of England, Scotland and now Northern Ireland isn’t everyone’s cup of tea, 99% of golfers have a real soft spot for the Open Championship.

We at Your Golf Travel say “and damn right too” to that and with Open Championship fever quickly setting in, we thought we’d take a look at the best bits of the Open including The Good, The bad…and The Ugly!

As Jack Nicklaus made his way to the 7nd hole of the 1977 Open on Turnberry’s famous Ailsa Course, he was an amazing 10 shots ahead of the rest of the field. He birdied the final hole…and still lost by one! Both the Golden Bear and Tom Watson had spent the week putting on a clinic, running away from the field in legendary fashion. Dubbed “The Duel in The Sun”, this is perhaps the greatest spectacle the Open Championship has ever seen.

In the couple of years preceding the 2000 Open at St Andrews, Tiger had already proved to be a great golfer but his remarkable 8 shot win at St Andrews sealed the Career Grand Slam at the age of just 24, cementing his place in golf’s history books for good. At the time the St Andrews Old Course was home to a whopping 112 bunkers. Tiger didn’t visit a single one of them in all four days and just a couple of weeks after winning the US Open by 15 shots, he had seemingly raised the bar in professional golf to unattainable (for the rest of the field that is) new heights.

As defending champion, Padraig Harrington entered the 2008 Open at Royal Birkdale under a little more pressure than usual. He showed no signs of pressure however when deciding to go for broke in an attempt to seal the deal at the 71st hole, pulling a 5 wood from 272 yards, with a 2 shot lead already in the bank.

Allowing for the wind, Padraig aimed miles left of the green, over the middle of the grandstand and struck the purest of shots to about 6 feet, all but sealing his 2nd consecutive Claret Jug. With some serious clag, or indeed the grandstand, awaiting anything but a perfect shot, this was a real “cometh the hour, cometh the man” moment and it sealed the Irishman’s 2nd consecutive Open Championship.

Seve was never known for his straight driving and his swashbuckling approach to the game was on full display at Royal Lytham & St Anne’s in 1979. It was here where Seve became known as the “Car Park Champion” after finding just about every corner of the course except for the fairways, including a car park, from where he would go on to make plenty of birdies and win the Claret Jug. “I don’t aim for the rough. It just goes there.” ~ Seve Ballesteros

Another memorable Open moment was Seve’s jubilant celebration after holing the winning putt on the final green at St Andrews in 1984. As pure an outpour of joy as you’re likely to see in sports, this has become one of the most iconic Open Championship moments in history.

Constantino Roca needed an up and down from just short of the Valley of Sin on the final hole at St Andrews in order to force a playoff with John Daly, the leader in the clubhouse. The Italian proceeded to do his finest impression of a 28 handicapper, laying the sod over his chip sending it trickling into the Valley of Sin. Cue a 70 foot par putt slammed right into the back of the hole, a “how the hell did he do that?” look on John Daly’s face and another epically joyous celebration.

After a glittering career in the majors, Jack Nicklaus had picked the 2005 Open at St Andrews as his final competitive event. Always a lover of the St Andrews Old Course, The Golden Bear once said, “If you’re going to be a player people will remember, you have to win the Open at St Andrews.” Jack had already accomplished that particular feat in 1970 and his birdie on his last ever hole of competitive golf, at The Home of Golf itself, was the perfect sign-off on his career.

Peter Alliss – Dulcet ramblings of The Voice of Golf

Let’s face it; day to day coverage of professional golf isn’t all that. Peter Alliss on the other hand, is a master of commentary. You never know what’s coming from Old Peter and with gems such as “I can’t see, unless the weather changes, the conditions changing dramatically” and“The hunt continues. At this point, they’re likely to find Sir David Attenborough in there” already in the Alliss hymn sheet, there are sure to be a few more priceless quotes at future Open Championships.

Click here to see some of Alliss’ Greatest Hits…

Being a professional golf caddy…how hard could it be? Well…if you’re the kind of person who struggles with counting into double figures, getting the correct number of clubs in your player’s bag is no easy feat.

At the 2001 Open Woosie had just moved into a share of the lead with a birdie at the opening hole in his final round. Has the fiery Welshman’s chance to secure the major he craved most finally arrived? No…it hadn’t.

On the very next tee Woosnam’s caddy, Miles Byrne, announced he had one too many club in the bag. This schoolboy blunder cost Woosnam two shots, his composure and ultimately, his final legitimate crack of the Open Championship whip.

Shooting a 3rd round 67 to place yourself just 3 shots behind the leaders of the Open Championship must be a pretty sweet feeling. Unfortunately for Mark Roe, that jubilation only lasted a matter of minutes. 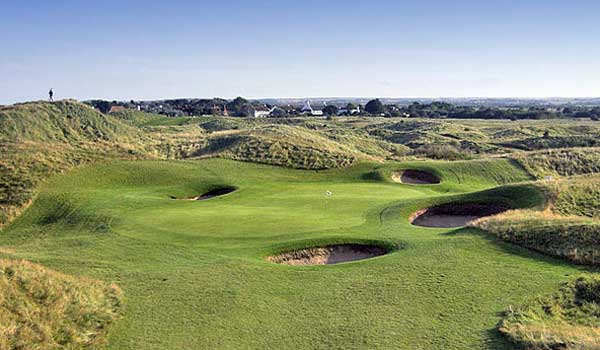 Having signed for their scores after the round, both Roe and Jesper Parnevik were disqualified. They had not swapped scorecards on the 1st tee – schoolboy to the max – and this signed for incorrect scores.

Royal Birkdale – “I intended to hit it.”

After nearly holing a long birdie putt, Hale Irwin, who was within touching distance of the leaders in the 1983 Open, nonchalantly attempted to know in his 1-inch par putt.

He missed the ball, resulting in a stroke counted and missed out on a playoff with Tom Watson by…yes you guessed it…one shot!

While you can’t win an Open Championship on the first day, you can certainly lose it so a solid start is a must.

Rod Pampling would have been tickled pink then to be leading The Open after round one in 1999 following a commendable round of 71 on Carnoustie, the hardest of the Open Championship courses. A second round of 86 would see him miss the cut. In the words of Ron Burgundy: “Well…that escalated quickly!” 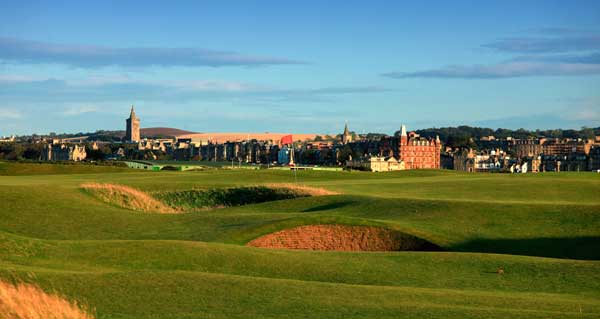 Another spectacular turnaround came at St Andrews in 2010 when Rory McIlroy fired a blistering opening round of 63 – tied for the lowest ever score in a major championship – before slumping to an 80 in round two. Rors would make the cut but spend the rest of the tournament trying to figure out how many shots difference there was between his opening two rounds.

There are few more daunting prospects than standing on the 72nd hole of the biggest tournament in the world, as a journeyman pro and with a three shot lead. We think it’s safe to say Jean Van de Velde would agree with that.

Needing only a double bogey 6 to secure golf’s biggest prize, the Frenchman’s meltdown went from bad to worse the further up the hole he got. A nifty up and down from a greenside bunker actually got Jean into a playoff but the damage was already done.

His shoes and socks off stance in the Barry Burn will always be one of the most iconic images from Open history and for all the wrong reasons.

We’re all entitled to the odd missed fairway caused by an errant tee shot, even the pros. However, when you’re standing on the 1st tee on the St Andrews Old Course, missing the fairway left wouldn’t even enter the head of the most severe of serial hookers!

Cue the likeable Aussie Ian Baker-Finch and a truly ugly snap hook into the out of bounds on the other side of the adjacent 18th fairway.

If you want to get some perspective on just how far left you have to hit it to pull of this amazing feat, a trip to The Home of Golf is a must!

(Apologies for the bizarre choice of music!)

Thomas Bjorn stood on the 16th tee at Royal St George’s in 2003 with two holes to play and a two shot lead. The Dane found the bunker from the tee. No big deal for a tour pro eh? Wrong.

Bjorn tried to be a bit too cute with his escape shot…twice! Three shots in total from the bunker resulted in a double bogey and a Ben Curtis win.

Approaching the 2002 Open, Tiger had won 7 of the previous 11 majors, making him the obvious favourite going into the 3rd major of the season. Rounds of 70 and 68 had Tiger well placed going into Saturday’s play but a disastrous 81 in wild conditions put pay to his challenge. This was the worst round of Woods’ professional career and it prompted the aforementioned Peter Alliss to say, “It’s like turning up to hear Pavarotti sing and finding out he has laryngitis.”