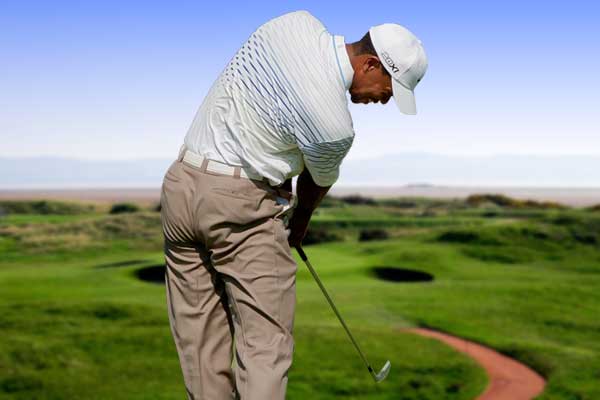 Is Tiger Woods nearing fitness for a comeback at The Open?

He hasn’t been sighted at a golf tournament for more than eleven weeks, but rumours are circling that Tiger Woods may be nearing a comeback in time for the Open Championship.

Reports have confirmed the former World No.1 is back to hitting full shots –even practicing with the driver on his home course in Florida.

“Tiger is making continual progress,” his agent Mark Steinberg told PGATOUR.com via text message. “He feels better each day and (is able to) extend his swing as he moves forward.”

Woods has already missed the first two majors of the year due to his ailing back, with his last competitive outing resulting in a tie for 25th at the World Golf Championships-Cadillac Championship. The week prior, the 38-year-old withdrew from the Honda Classic with just five holes to play in the final round.

He was again forced to withdraw prior to the start of the Arnold Palmer Invitational at Bay Hill, before announcing he would undergo back surgery less than a fortnight out from The Masters.

He is scheduled to host the Quicken Loans National – formerly the AT&T National – at Congressional next week. Whether or not Woods will play in his own event remains to be seen, however the latest news certainly bodes well for his chances of returning in time for The Open at Hoylake.

Royal Liverpool was the scene of the last of Woods’ three Open victories back in 2006. He remains a 7/1 favourite with bookmakers to add this year’s crown to the list.

Would you like to see Tiger back in time for The Open? Have your say below.