January Betting Review: How did we do? 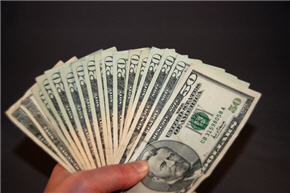 For the past four weeks in January, the YourGolfTravel tipster has been casting his eye over the various tournaments and revealing his thoughts as to the likely winners each week throughout the golfing calendar, selecting his three against the field.

But how did he perform throughout the month? Did he manage to turn over a profit, or end up bunkered in the red?

The first stop was the Africa Open, and the YGT tipster selected Louis Oosthuizen, Darren Clarke and Gareth Maybin as his trio. Both Clarke and Maybin failed to get competitive, but British Open champion Oosthuizen got the 2011 season off to a winning start at odds of 9/1.

In the Hyundai Tournament of Champions at Kapalua, our tipster selected Geoff Ogilvy, Stuart Appleby and Robert Garrigus. Ogilvy didn’t start following an injury, so it was left to the remaining two players to mount a challenge on the tournament. Appleby began well, but dropped away but it was the hugely-overpriced Robert Garrigus that almost landed a dream start, losing narrowly to Jonathan Byrd in a playoff.

A disappointing week for the tipster as both Danny Willett and Gareth Maybin failed to fire, and David Drysdale having a shocker of a final round when in contention for the Joburg Open meant all three picks finished outside the frame.

And it didn’t get any better in the Sony Open, as both Steve Stricker and Ernie Els also could land a blow, while Carl Petterson missed the cut.

The disappointment of week three continued into the following week as none of the tipster trio – Lee Westwood, Ian Poulter and Alvaro Quiros – were ever in contention for the event which was won in emphatic style by Martin Kaymer, while on the PGA Tour, Jeff Overton folded tamely in the Bob Hope Classic after being in contention following the opening three rounds. Alex Prugh was never at the races, but Kevin Na sneaked a top-5 place to give us a small return.

A pair of near-misses in week four saw Miguel Angel Jiminez tie for second in Bahrain to earn some place money, and the coffers were swollen when Robert Karlsson crept into fifth spot. Only Francesco Molinari failed to deliver, falling away after being in contention earlier in the tournament.

And Phil Mickelson also earned some place money after narrowly missing out to Bubba Watson in the Farmers Insurance Open. But we were out of luck with our remaining picks, Rickie Fowler and Brandt Snedeker, who both couldn’t reach the places.

So not a bad month all-in-all for the tipster’s selections; a £1 each-way single on all January’s picks would have yielded an overall profit of £31, including stakes.