Jason Day took over from Tiger Woods at the head of affairs in The Barclays after a second successive 67, which included three birdies in the last five holes, saw the young Australian player take a one-shot lead into the weekend.

On a day which saw at least nine players take a share of the lead, it was Day who emerged on the top of the pile at 8-under par and he holds the lead over Kevin Streelman and joint overnight leader, Vaughn Taylor heading into the weekend.

Streelman shot a best-of-the-day round 63 which featured nine birdies and a bogey to move from his opening level-par total to 7-under, while Taylor will rue a run of three straight bogeys from the 9th hole enroute to a second round 70.

2009 British Open Champion Stewart Cink returned to form with a second round 69 to move into a share of fourth place on 6-under par; Cink shares that mark with Scotsman Martin Laird and Australian John Senden.

Padraig Harrington heads the Ryder Cup charge for a wild-card place after a second round 68 saw the Dubliner reach 5-under par, one shot ahead of Paul Casey. Harrington is amid a group of seven on 5-under, while Casey sits amongst six players on 4-under par. Both Justin Rose and Luke Donald will contest the weekend after slipping inside the cut line – Rose finished 1-under par, while Donald closed on level par for the tournament.

After an opening 65, Tiger Woods couldn’t replicate the form of his first round and slumped to a second round 73. Starting from the tenth hole, Woods played the first nine holes in 2-under par, but struggled coming home with four bogeys. Woods joins Casey on 4-under par alongside DJ Trahan, Zach Johnson, Heath Slocum and Brian Gay.

Many of the late players to go out onto the course struggled, and tipster pick Camilo Villegas couldn’t hold onto his first round form either enroute to a disappointing 74 to drop to 1-under par. Villegas is joined by Bubba Watson, another tipster pick and 14 other players.

The third tipster pick, Bo Van Pelt misses the cut following a 75 and will sit out the weekend, as will world number two Phil Mickelson who carded a 74. It was the third time this year Mickelson has missed the cut – two of them were tournaments sponsored by Barclays, one of his top endorsement deals – and the ninth time he failed in a bid to replace Woods at No. 1. 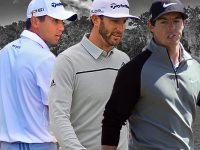 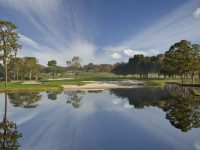 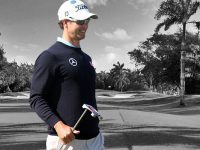