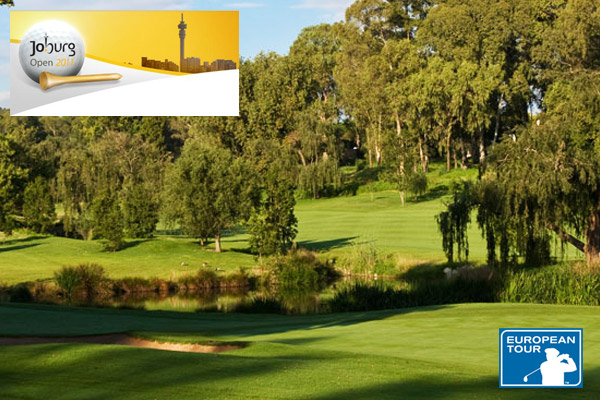 After three weeks in the Middle East, the European Tour returns to South Africa for the Joburg Open. Can two-time winner Richard Sterne defend his title?

LAST YEAR: Coming off a second place in Dubai the previous week, Sterne led from start to finish, carding an opening round 63 before reeling off rounds of 65-68-64 to score a hugely impressive seven-shot victory. The South African ranked 1st for Greens in Regulation with a remarkable 90.3% and ranked 2nd for scrambling.

THE LOWDOWN: Once again the tournament will be contested over the two courses at Royal Johannesburg & Kensington Golf Club. The opening two rounds will be shared between the two courses, before the East (which is 450 yards longer and the harder of the two courses) takes charge for the final 36 holes. With an average winning score of 19-under par, players will have to make plenty of birdies this week to remain in contention.

In order to maximise scoring chances here, players will need to hit a high percentage of GIR. Last year, all of the top six finishers were ranked in the top eight for GIR, while Branden Grace was ranked third in that category when he claimed victory in 2012. Likewise, it certainly won’t hurt to be accurate off the tee.

DID YOU KNOW: You will see a lot of longer holes on both courses this week; the West has two par 4s at more than 500 yards, while the East Course features a whopping 253-yard par 3. Still, players shouldn’t require too much extra club… in Johannesburg, with its altitude of 1,753 metres, the golf ball travels further.

PLAYER TO WATCH: Young Argentine Emiliano Grillo almost secured a maiden Tour victory last week in Dubai, finishing a shot behind winner Stephen Gallacher. What particularly impressed about the 21-year-old’s career-best performance was his play from tee-to-green, hitting 62 of 72 GIR (86.1%) to lead the stat for the tournament. Not quite as impressive was his putting, ranking 61st for putts per round. If Grillo can just improve with the flatstick, he’ll be a major force in Joburg.

THE TIP:  While tournament favourite Charl Schwartzel (4/1) will take some tossing, it’s very hard to look past another South African in George Coetzee. Despite remaining without a win on the European Tour, the Pretorian has come close on several occasions and can break through on a track he’s previously enjoyed. Coetzee has four top 15 finishes in the last five stagings of this event, including a best of T3 behind Sterne last year. After an injury-plagued 2013, he’s come out of the gate fast with two starts in the desert producing a 4th in Abu Dhabi and 5th in Qatar. If ever, this looks his week.

THE ROUGHIE: The local boys have a terrific track record in this tournament and one who could pop up at longer odds is Dawie Van Der Walt. He opened the season with a T9 in Qatar, then despite a 73 in the final round last week in Dubai, Van Der Walt still finished a credible T29. The 30-year-old South African has form here in Johannesburg, posting a T3 in 2012 and top 10s in both 2008 and 2011. Dawie represents terrific each-way value this week.