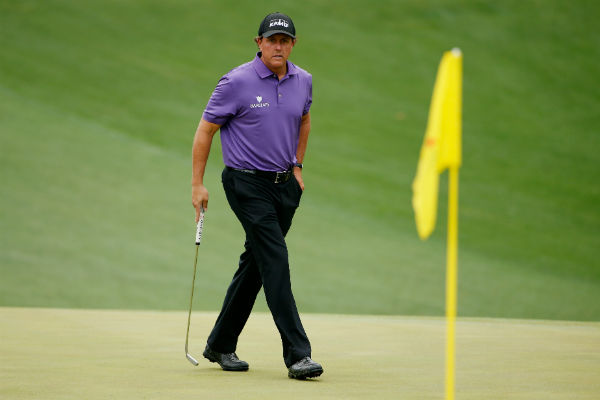 Masters tips from our man inside the ropes

By Simon CaneyApril 8, 2015No Comments

Our man on the ground in Augusta, Paul Mahoney, has had his ear to the ground and his eye on the range this week. These are his findings…

Only Arnold Palmer and Tiger Woods have won four green jackets. Jack Nicklaus holds the record with six. Add Phil Mickelson to that elite group come Sunday. Six lefties have won the Masters in the past 12 years after Mike Weir broke the right-handers monopoly in 2003. Mickelson knows the secrets of  Augusta’s greens as well as anyone. Rickie Fowler has been practising with him and reckons Mickelson’s A-game is just around the corner. “He’s been driving it better, he’s hitting it past me now where last year he wasn’t, and his putting is really coming around. He feels good.”

19-year-old Bradley Neil from Blairgowrie, Perthshire qualified to play after winning the Amateur championship at Royal Portrush last year. This week, he has been mentored by Rory McIlroy who played a practice round with him. He won’t win but expect him to make the cut. No prize money but silverware to savour as best amateur honours are up for grabs. Neil played beautifully with McIlroy including chipping in for eagle at the 2nd and McIlroy gave Neil’s future star-billing the World No.1 seal of approval. “I rate his game really highly,” McIlroy said. “He’s very impressive. Hits it a long way, doesn’t seem to be in awe of anything. I just told him to go out there and enjoy it. Don’t second guess yourself, commit to your shots, be decisive, all the things I tell myself. I can see him one day coming over here and doing well on the PGA Tour.”

For the first time in his career, Tiger Woods has to accept he is not among the favourites this week. While Rory McIlroy is leading the betting at Ladbrokes at 6-1, Woods is 33-1. Last month, the 14-times major champion that includes four green jackets, was missing with the chipping yip. He turned up on Monday and under white-hot glare of the TV camera, reporters and 50,000 spectators, he chipped crisply and confidently. There has been a strange karma from Woods all week. He’s clearly relaxed and his game seems to be back. His pal Mark O’Meara said he saw signs of the old Tiger returning. An ominous message for the rest of the field. Woods, too, announced his intent with a no-nonsense statement. “I have been working my ass off. I’m here to win.” He won’t of course. That would be too much of a Hollywood ending even for Woods. Many are predicting he will miss the cut. Expect a top 10. 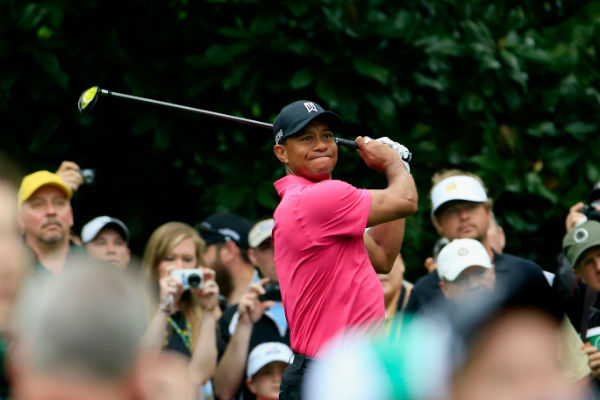