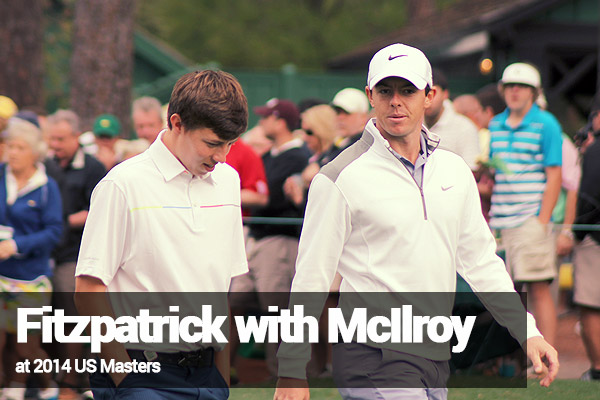 Matt Fitzpatrick Truimphs at US Amateur

England’s Matthew Fitzpatrick might not be a household name in golf just yet but those of you who were keeping a close eye on the Open Championship at Muirfield this year could not have missed the wirey young man and his sparkling play on route to winning the silver medal as lowest amateur. A mature performance on one of golf’s greatest layouts was a joy to see for British golf fans and last night the Sheffield youngster carried on his fine form and became the first English winner of the US Amateur Championship since Harold Hilton in 1911.

A 4&3 win in the 36 hole final would suggest a comfortable win but the 33 holes it took for Fitzpatrick to win were fraught with drama and tension. Australia’s Oliver Goss was his opponent and the man from down under was proving to be a tough nut to crack. After much toing and froing, Fitzpatrick enjoyed a 1up lead after the first 18 holes. Goss quickly levelled the match as the afternoon play got underway but steady play under pressure was the key for the Englishman as pars at the 20th and 21st holes were good enough to go into the lead as Goss dropped a couple of shots.

Further costly bogies for the Aussie over the closing holes saw Fitzpatrick over the finish line with three holes to spare and, while becoming the 1st winner of this prestigious championship is impressive enough, adding your name to a list that includes Bobby Jones, Arnold Palmer, Jack Nicklaus and Tiger Woods makes the feat all the more impressive. It seems that winners of the US Amateur have historically “had the goods” and Fitzpatrick will be hoping that rings true with him as well.

Already this year the young Englishman finished as the leading amateur at The Open Championship at Muirfield and was runner-up in the British Amateur Championship and, with 14-year-old brother Alex caddying and parents Russell and Sue in the gallery, Fitzpatrick further cemented his position as the country’s most talented young player at The Country Club in Brookline.

Up next for Fitzpatrick is College – he will take up a scholarship at Northwestern University in Illinois – and following that he hopes to turn professional “if he’s good enough” (his own words in an interview before The Open).