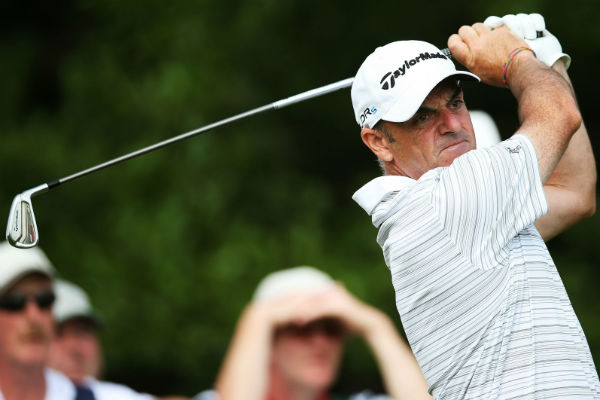 By Richard ForresterJanuary 6, 2015No Comments

Last year’s Ryder Cup captain Paul McGinley insists that his successor will be appointed within the next two months but he is yet to decide who he will recommend to the panel.

McGinley inspired Europe to a 16.5-11.5 victory over the United States in September and is now tasked with choosing a candidate to lead the team in Minnesota next year.

The selection panel will include former captains Jose Maria Olazabal and Colin Montgomerie, as well European Tour officials, but McGinley’s opinion is likely to carry particular weight after his triumph at Gleneagles.

“I haven’t fully made my mind up yet about who I’m going to recommend,” McGinley, an Investec Ambassador, told Press Association Sport. “We’re still communicating, there are a number of people involved in making that decision – current players, potential players going forward, and people who are associated with the Ryder Cup.

“I’m gathering information from everyone and I want to get a really solid view of what everybody thinks before I bring my ideas forward. We’re working on it and in the next couple of months we’ll have a new captain in place and the wheels will be turning towards another Ryder Cup.”

Darren Clarke is the strong favourite to take the post having played in the Ryder Cup five times and helped lead the team as vice-captain in 2010, but McGinley wouldn’t be drawn on any specifics about his choice.

“Would Clarke be a good captain? The one thing I cannot do is express an opinion on that,” McGinley said. “I’ll talk about it afterwards but at this moment it’s only right I stay neutral and am fair to all the candidates. When I was trying to be captain, all I wanted was to be treated fairly by everybody so I think it’s important I do the same now I’m involved in the decision making process.”

Here are the favourites for the Ryder Cup Captaincy.

[frame_center src=”https://www.yourgolftravel.com/19th-hole/wp-content/uploads/2015/01/Darren-Clarke-6×4.jpg” width=”600″ height=”400″]Darren Clarke (Pic: Press Association)[/frame_center] The Northern Irishman is odds on to succeed McGinley and has the backing of world number one Rory McIlroy and Lee Westwood. 2010 captain Colin Montgomerie also has his backing and as a member of the five man committee, Clarke is the overwhelming favourite. A Ryder Cup veteran, Clarke has been involved in seven duals against the USA and has played a total of 20 matches.

[frame_center src=”https://www.yourgolftravel.com/19th-hole/wp-content/uploads/2015/01/miguel-angel-jimenez-6×4.jpg” width=”600″ height=”400″]Miguel Angel Jimenez (Pic: Press Association)[/frame_center] The cigar smoking Spaniard knows all about the Ryder Cup having been an assistant three times winning on each occasion. However, if his individual record is anything to go by, Jimenez would be out of the running. He has played in 15 matches, winning just four, halving three and losing eight.

[frame_center src=”https://www.yourgolftravel.com/19th-hole/wp-content/uploads/2015/01/Thomas-Bjorn-6×4-Pic-Osama-Saeed-Flickr.jpg” width=”600″ height=”400″]Thomas Bjorn (Pic: Flickr)[/frame_center] He chairs the 15-strong group of players and is likely to have a strong input in the decision for the next captaincy. Like Jimenez, he has been vice captain three times and may fancy himself for the role. However, the Dane is good friends with Clarke. Bjorn was the only candidate to play in last year’s Ryder Cup, his third overall and first since 2002. He may be a lucky omen, as Europe have won each time he has participated.

[frame_center src=”https://www.yourgolftravel.com/19th-hole/wp-content/uploads/2015/01/Padraig-Harrington-Pic-Keith-Allison-Flickr-6×4.jpg” width=”600″ height=”400″]Padraig Harrington (Pic: Flickr)[/frame_center] The Irishman is an outsider for the role but his three major wins means he must be taken seriously in the selection process. In October last year, Harrington stated that he would like the captaincy one day after his role as vice captain during the 2014 Ryder Cup. He has won nine of his overall 25 matches, losing 13 and halving three.