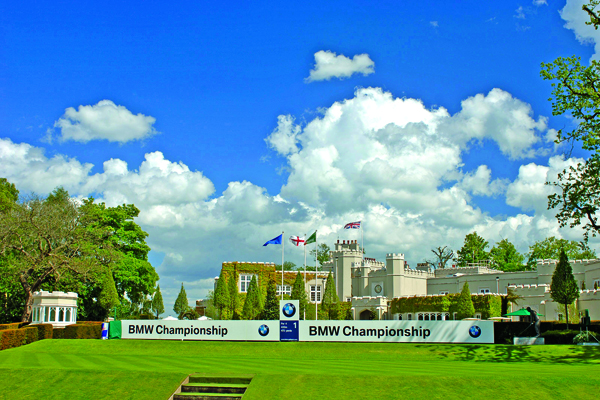 The European Tour grabbed some of the golfing limelight from the PGA Tour last week when it visited the amazing Thracian Cliffs in Bulgaria for the Volvo World Matchplay and this week, the stars of the European Ryder Cup team, the makers of the Miracle at Medinah will surely do the same at the Tour’s flagship event, the BMW PGA Championship at Wentworth.

All 12 of the victorious Ryder Cup team will be competing on the West Course this week, which will be a welcome sight when you consider many of the top European players have been plying their trade on the other side of the pond for much of 2013.

Despite the usual absence of big-name Americans, the BMW PGA Championship has drawn an exceptional field, worthy of the tournament’s lofty status. Seven of the world’s top 20 are on show in a line-up headed by world number two Rory McIlroy, recent winner at Thracian Cliffs Graeme McDowell and defending champion Luke Donald, who will of course be going for a hat trick of BMW PGA titles. 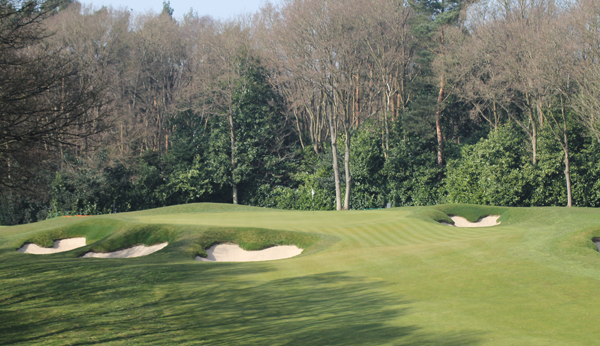 The last time the European Tour staged an event that grabbed the lion’s share of the attention in the golfing world was way back in January when Rory, fresh off his stellar 2012 season and with new Nike clubs in hand, was paired with Tiger Woods for the 1st two rounds at the Abu Dhabi Championship. Both would miss the cut which meant the event never lived up to its billing.

While the vast wealth available to the players who choose to play on the PGA Tour is likely to mean the European Tour will always play second fiddle – that is of course unless a World Tour is introduced in the coming years – it is the fact that, apart from The Open Championship, which is based in England on a semi regular basis, the BMW PGA at Wentworth is the only European Tour event played in England throughout the course of the year. This is a sad state of affairs for English golf, especially when you consider the wealth of world class golf course across the length and breadth of the country, but it does make the tournament staged in the heart of Surrey all the more special.

Of course the West Course at Wentworth plays a big part in the prestige of the event as well. One of the most iconic golf venues in England and the most famous of the Surrey Sandbelt, Wentworth is also the most televised course in Britain. The mighty West Course used to host three professional tournaments every year as it was the home of the World Matchplay, PGA and the Seniors Masters. It was also the venue for the fiercely contested 1953 Ryder Cup, resulting in a single point American victory 6½ 5½. 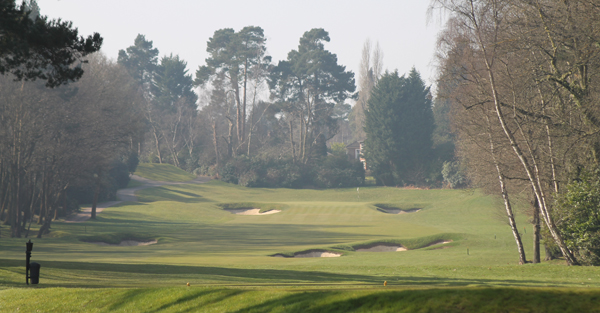 Few courses in the world can boast a tournament history on a par with the West Course. It hosted the 1953 Ryder Cup and then in 1956 the Canada Cup, the forerunner to today’s World Cup of Golf. It has also hosted two of golf’s most prestigious championships – the World Matchplay between 1964 and 2007, and the PGA Championship since 1984.

The course itself is a 7,302 yard par 72 and has frequently been described as a long-hitters track, but Luke Donald has emerged victorious the past two times – scrapping that theory.  With rather spacious fairways, you can comprehend why a big-hitter should do well here, but if you are totally careless and continually find the thick stuff, those elusive birdies will be hard to come by.

Course resident Ernie Els has made the course more challenging, meaning good ball strikers and ‘thinkers’ will come out on top.  But the biggest test will come with the weather, as there is likely to be strong winds before on the Thursday and Friday.  The player at the top of the leader board, come Sunday, will have been able to cope with the pressures of such a prestigious event alongside the potentially torrid weather.

Luke Donald (8/1): Luke has been the King of Wentworth over the last few years and will be looking to imitate Colin Montgomerie’s feat (1998-2000) of winning here for three years on the trot. The BMW PGA has always held a special place in Donald’s heart as he “grew up just down the road” – so he’s guaranteed to have a large gathering of friends and relatives following him around.

Justin Rose (11/1): Rose would love to be the latest Englishman to get his name on the trophy – he’s already come close on two occasions, finishing runner-up in 2012 and in 2007. Justin has also finished 2nd two times in 2013 following close encounters in Abu Dhabi and Bay Hill.

Rory McIlroy (11/1): Following his rubbish start to the year, Rors has started to build a decent run of results and an eighth at Sawgrass made it four top 10s in his last six starts. The big question is whether the West Course is a likely scene for it. McIlroy has played this event five times, missed the cut twice and made the top 20 just once.

Lee Westwood (12/1): Westwood came very close to winning here in 2011 when losing to Luke Donald in a play-off. That was the Englishman’s second runners-up finish here (the other was 2000) so this event has teased him.

Sergio Garcia (16/1): Garcia hasn’t played this event since 2000 – finishing fifth, so you would have thought he’d have returned sooner. The big question here is how will the Spaniard react to his crazy week at the Players Championship? He sank two balls in the water at 17 (whilst he was tied for the lead with eventual winner Tiger Woods) and ended-up sixth. He’s in good shape but will the mental strength be there?

Graeme McDowell (20/1):  G-Mac, the hero of the 2010 Ryder Cup at Celtic Manor, again showed his love of one-on-one combat by winning last week’s match play event at Thracian Cliffs. Making it two wins in the past three for the Northern Irishman following his victory in The Heritage at Hilton Head. However, he does have a very dodgy previous record at Wentworth – which shows four missed cuts in 10 starts, with best finishes 13th and 27th.