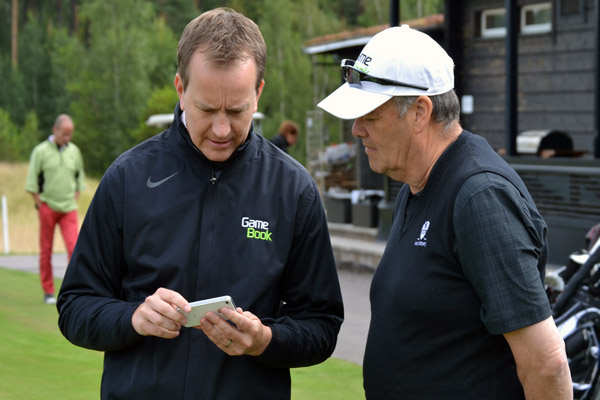 A new mobile phone application could be set to revolutionise the way golfers interact with each other on the course.

Golf GameBook is a live scoring app with the primary function of recording your golf round. It sounds simple, but in reality the multitude other features add a new dimension to social golf.

Founded by PGA professionals with the goal of making golf more relevant and accessible to the wider community, the interactive scoring platform allows players to track each others scores via a live leaderboard – adding a television-like feel to your game.

Click here to check out a feature story on Golf GameBook aired on CNN’s Living Golf.

The application has several additional features including the ability to add side games (stableford, best ball, scramble etc), individual hole contests (nearest to pin, longest drive) and friendly wagers based on criteria determined at the start of your round.

A host of PGA and European Tour professionals road tested the app this week during the morning pro-am at the WGC-HSBC Champions event in Shanghai.

The likes of Ryo Ishikawa, Rickie Fowler and Miguel Angel Jimenez were among players who exchanged jokes, trash-talk and photos via the social media function as they plotted their way around the Sheshan International course.

“I’ve just found some hair products out on the course, make sure all your zips are shut on the bag rickie” – was among David Lynn’s long list of friendly swipes (this one aimed at Fowler). 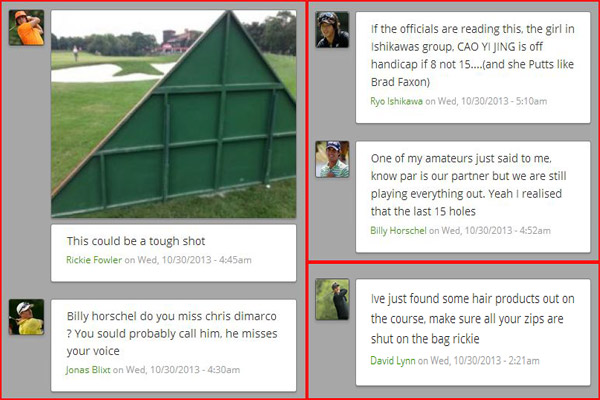 The app gave fans a chance to interact with players in an immediate and intimate setting, adding a new – and at times quite amusing – dimension to the pro-am.

“We need to have one of these scoring/comment devices in every pro-am in the US,” 2013 PGA Tour winner Billy Horschel said.

You can find out more about the Golf Gamebook app at http://www.golfgamebook.com/