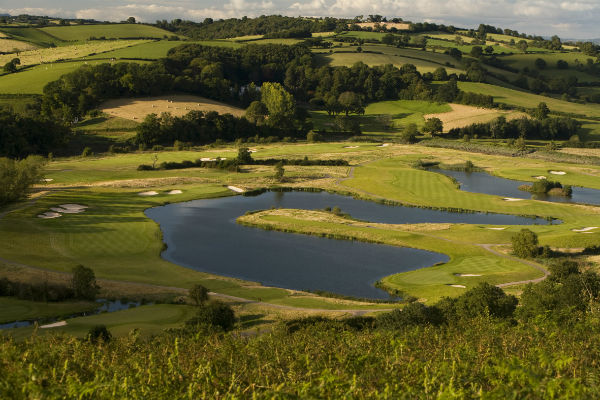 Saturday 9th April 2016 marked the day when YGT Nick headed to The Celtic Manor Resort for his first ever visit. As we were driving to Newport from London, I was eagerly excited knowing that today I was going to play the Twenty Ten Course, the course where Graeme McDowell on the 16th green holed the winning putt of the 2010 Ryder Cup taking Team Europe to victory. I would like to share with you, the fantastic experience I had at Celtic Manor and hopefully after reading, you will want to head there for your next Golf Holiday.

Teeing it up on the Twenty Ten

We arrived at the resort around 1 pm, where we checked into our rooms and then headed in a shuttle bus to the Twenty Ten Clubhouse. We headed for the range and were able to hit some balls and get loose, before heading to the first tee. I was playing with two other colleagues and a golf specialist from the Twenty Ten Golf Operations Team. 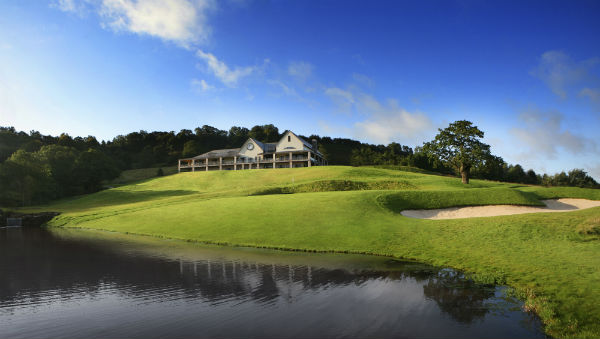 As I walked to the first tee of the Twenty Ten Course, I started getting goosebumps knowing that 6 years ago in the 2010 Ryder Cup, the atmosphere was rocking as the players tee’d off and began their matches. Luckily, the nerves didn’t get to me and I was able to hit my drive straight down the fairway and hole a 5 foot putt to kick start my round with a birdie.

As we came through the turn, we stopped at the halfway house, enjoyed a quick cheeseburger and then charged on to the next hole. At this point the sun was shining, just a tad windy, which meant my 3 wood stinger shot came in handy. We got to the 16th hole and I knew this is where Graeme McDowell holed the winning putt to seal victory for Team Europe. Sadly, I wasn’t quite able to follow in McDowell’s footsteps but I did make a par to keep our match at all square. For me, the 18th is the signature hole, a long Par 5, with water surrounding the front of the green. Unfortunately the hole was into wind, so the chance of going for the green in two was pretty unrealistic. I was safely on the green in three, with a putt to win the match, however I did get a bit over excited, and ended up hitting my putt a tad hard, that it trickled past the hole, off the green and down into the DRINK! Great Finish!

After golf, we headed straight back to the hotel for a quick change to get ready for Dinner. We were eating at the New Cen Restaurant which serves Asian Fusion cuisine inspired by 2013 Masterchef Finalist Larkin Cen. The menu was delicious including including pork dumplings to start, a delicious duck curry followed by rich chocolate cake for dessert. In fact, there are 6 different restaurants at the resort, so you have a wide selection to choose from. There are also several bars open into the early hours of the morning, where you can continue the night and even enjoy some live music. 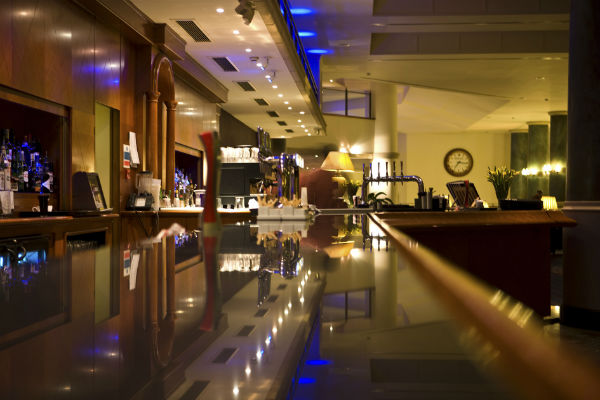 Relax and Unwind at the Forum Spa

On the Sunday Morning, I woke up early wanting to make the most out of my time at Celtic Manor so I headed to the Spa. Unfortunately I did not have time for a treatment, but I’m sure when I return next, this will definitely be on the list. 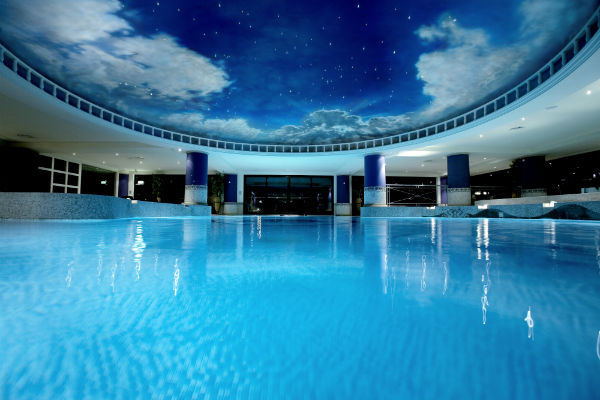 Overall, It was a fantastic experience and I can’t thank the Celtic Manor staff enough for a great weekend. Checkout Your Golf Travel to view our latest offers to Celtic Manor, the host of the 2010 Ryder Cup.