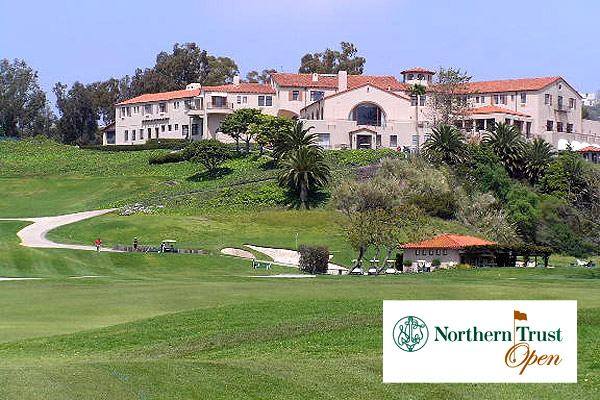 The PGA Tour heads to the historical Riviera Country Club in California for this week’s Northern Trust Open. A strong field has assembled, including our man Darren Clarke who makes his return from injury. We bring you the full rundown…

LAST YEAR: For the second straight year, the event needed a playoff to settle a winner – with John Merrick edging out Charlie Beljan for his first PGA Tour win. The American, who shot a two-under 69 to join Beljan (67), took the title with a par at the second extra hole. Charl Schwartzel and Fredrick Jacobson missed putts to get in the play-off, while defending champion Bill Hass blew an overnight lead with five bogeys in seven holes to also finish a shot back.

THE LOWDOWN: Riviera is one of the tougher tracks on tour. It was the fourth hardest of the par 71s visited by the PGA Tour last year and is a venue where the fairways are notoriously difficult to find. In last year’s tournament, the field hit the short grass with just over half of their tee shots – while their return for greens in regulation was just 58%. So expect this week to be more of a grind than a birdie fest.

In order to do well at Riviera, players will need to be efficient from tee-to-green, be able to take advantage of the three reachable par 5s, and grind out difficult pars when needed. Greens in regulation is an important stat to consider – 10 of the last 14 winners have ranked inside the top-10 – as is scrambling, with three of the past four winners ranking inside the top two.

DID YOU KNOW: One of the key contributors to the difficulty of Riviera is the grass used – Kikuyu, a very tough strain of grass used commonly in backyards in Australia and South Africa for its resistance to drought. While the stiff leaves make for perfect lies on the fairway, it’s a different story in the rough. The grass grabs and buries the ball, resulting in minimal control from the thick stuff.

PLAYER TO WATCH: One man in this week’s field certainly knows how to tame the tricky Kikuyu turf of Riviera; in fact he’s done it twice. You might be familiar with his name – Fred Couples. A two-time champion during the 1990’s, Couples hasn’t competed here since finishing T7 in 2011. At 53, Freddie still hits the golf ball further than most of us and has shown in the past few editions of the Masters that he’s still got the hunger and the game to be competitive on the main tour.

THE TIP: Webb Simpson (21/1 with Betfair) boasts a credible record from his two appearances at the Northern Trust Open, finishing T15 in 2010 before a T6 here last year. He returns this year in terrific form, with five top-10s from his past six starts including a win at The Shriners. As mentioned above, a key stat this week should be par 5 scoring – Simpson leads the PGA Tour this year with an average of 4.33. Importantly, in his eight rounds at Riviera, Simpson has averaged 69.00 – a score that if matched again this week, should put him well and truly in the mix.

THE VALUE: This is a tough course, so it’s no surprise to see that Major winners have a great record here. Riviera has hosted the event on 51 occasions: 29 titles belong to a Major winner, 17 of which were Masters champions.  It comes as some surprise then to see Charl Schwartzel at 40/1, particularly when he finished third on debut here last year. The 2011 Masters winner typically scores well on the par 5s (ranked in top 10 on tour last season) which bodes well, plus he’s shown an affinity for the course. He should be a major player this week.