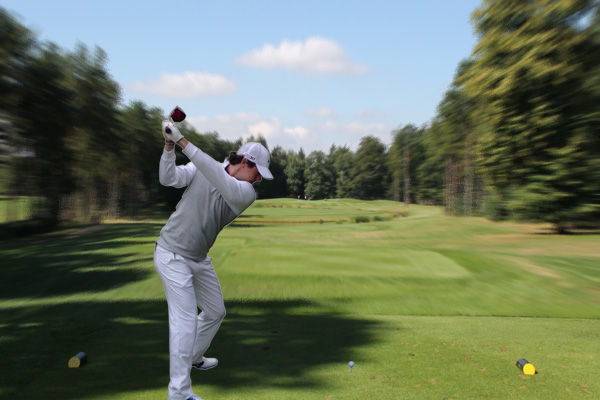 Not again, Rory: the biggest chokes in golf

Oops, he did it again.

Rory McIlroy, having led after each of the opening three rounds of the Honda Classic in Florida, let slip a two-shot lead and lost in a four-way play-off.

After shooting a seven-under 63 in the opening round and carrying a two-shot lead through 54 holes, McIlroy shot a four-over 74 on Sunday, squandering the chance to lift his first title in America for 18 months.

McIlroy’s final-day fade out – which featured six dropped shots on the final 11 holes – evoked memories of his capitulation at the 2011 Masters.

But rather than try to heap greater misery on the Northern Irishman, we’ve decided to cast our eye back to other golfers who have ensured a similar case of the final-day jitters.

Scott Hoch was denied his best chance at winning a major by a pair of short putts that will haunt him forever. The American led Nick Faldo by one shot on the 17th hole at Augusta on Sunday, but missed a short putt for par and fell into a tie. At the first play-off hole, Faldo struggled to a bogey – leaving Hoch with two putts to win the Masters. His first rolled a couple of feet past the hole, and then he missed the second. Faldo would go on to win the next play-off hole, leaving Hoch to rue his missed opportunity.

The man with arguably the best swing on the PGA Tour looked set for his first Major triumph, having began the final round with a four-shot lead at Royal Lytham & St Annes, which he maintained until the 15th hole. But some questionable decision-making, combined with some wayward strokes, saw Scott finish with an astonishing four straight bogeys to hand the tournament to Ernie Els.

He’s earned the moniker ‘Phil the Thrill’ for his aggressive, all-or-nothing approach to the game, but on the Sunday of the 2006 US Open, Mickelson’s audacious style of play proved his undoing. He had a one-shot lead standing on the 18th tee at Winged Foot having hit only two fairways with his driver all day. Strangely, he pulled the driver again. After slicing his ball into a hospitality tent, rather than play for the fairway, Mickelson went for a miracle slice around a tree and found a bunker. He failed to get up-and-down, finishing with a double-bogey to effectively hand the title to Geoff Ogilvy. “I am such an idiot,” he said afterward. No arguments here.

One of the most dominant players on the LPGA Tour for many years, Patty Sheehan finished her career with six major championships to her name. It should have been seven, if not for one of the biggest final day collapses in the history of golf. Sheehan opened up a 12-shot lead early in the third round at the Women’s Open at the Atlantic Athletic Club, but multiple rain delays pushed the final 36 holes to Sunday. Her opening two rounds of 66-68 put her on pace for a record score, until a 75-76 finish saw her lose to Betsy King by a stroke. She played the final 33 holes at nine-over.

Despite being a two-time major winner and one of the most successful golfers of all time, Norman’s achievements will always be overshadowed by his history of near-misses. His most notorious collapse came at the 1996 Masters. Entering the final round with a six-shot lead over Nick Faldo, ‘The Shark’ looked destined to break his Masters hoodoo. Instead, he hacked the ball around Augusta for the next few hours and limped to a final-round 78, with Faldo’s 67 completing an 11-shot swing. It will forever be remembered as one of the greatest final round collapses in major championship history.

Van de Velde’s meltdown on the final hole at Carnoustie will forever serve as a guide to all golfers how NOT to manage a lead. Standing on the 18th tee with a three-shot lead, the unheralded Frenchman looked to have the Claret Jug at his mercy. That was until he pulled the driver out of his bag. His drive found the rough and, instead of laying up, Van de Velde again picked the aggressive option and went for the green.

He sprayed that into a grandstand and from the thick rough, proceeded to fluff his third into the water hazard. After considering playing his ball from the Barry Burn, sanity prevailed and Van de Velde took a penalty drop. From there he found the bunker, before making a courageous up-and-down to complete the most infamous triple-bogey in history. That saw him in a play-off, which he duly lost to Paul Lawrie.