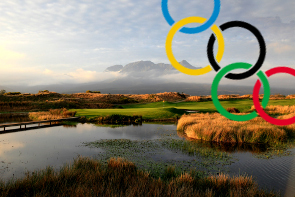 Golf returns to the Olympics in 2016 after a 112-year hiatus and some of golf’s greatest names are battling it out to be the man charged with the design of the Olympic golf course in Brazil. It goes without saying that, while the golfing world has never had more talent on display, the golf courses upon which a tournament is played can often be the star of the show. Take Augusta National for example. Year upon year The Masters is arguably the most exciting tournament golf fans could wish to lay their eyes on. This, of course, is partially down to the word class field that assembles in Georgia each April but the majority of the excitement and drama comes from the masterful design of one of the world’s finest golf courses.

It goes without saying then that whoever earns the right to design the Olympic course had better do a good job in order to ensure golf deserves it place back at the Olympics. Just as well then that three golf legends, currently plying their trade as course designers are vying for the title of project manager!

Among others, Jack Nicklaus, Gary Player and Greg Norman are all in the running so we tough t we would take a quick peek at some of their previous efforts to get a better idea of just how good the Olympic course could be in 2016.

Monte Rei is a new addition to the already impressive riches on the Algarve and the Golden Bear’s involvement in the project certainly got people’s attention. The North Course at Monte Rei opened in 2007 and has since established itself as one of the finest in the region. Measuring 7, 181 yards from the tips this course is no push over and the pristine fairways have been carved over and around stunning natural undulations that, coupled with the surrounding woodland, make for one of the most beautiful golf courses you could wish to lay your eyes on. 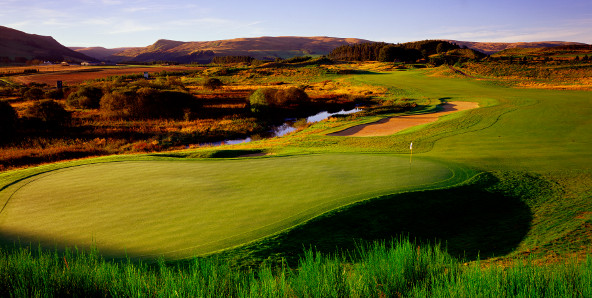 Although ‘The Home of Golf’ is more famous for its classic links courses such as the St Andrews Old Course, Carnoustie and Turnberry, Gleneagles is right up there with the very best golf break destinations in the world. The King’s and The Queen’s Courses have long been attracting golf enthusiasts from all over the world and The Golden Bear’s recent addition of the PGA Centenary Course has not gone unnoticed. The quality of the PGA Centenary has been recognised by awarding it the Johnnie Walker Classic and of course the 2014 Ryder Cup Matches. Nicklaus was quick to deflect the attention and praised the land he was given to work with saying it was, “the finest parcel of land in the world I have ever been given to work with.”

The golf course at Killeen Castle is set in the grounds of one of the oldest castles in Ireland. The spectacular 600 acre estate was the perfect canvas for Nicklaus to create a truly stunning golf course which has been awarded the 2011 Solheim Cup which is testament to the quality of the Golden Bear’s design. Generous fairways encourage long drives which are a must when setting up a manageable approach shot to the enormous greens. Shot shaping and course management are also key considerations when playing a Nicklaus design and at Killeen Castle, The Golden Bear has again managed to create a course that challenges the player from start to finish.

When devising plans for the Fancourt Links Course, Gary Player went through exhaustive measures in an attempt to create a course in the mould of the great links courses of the UK and Ireland; perhaps inspired by his three Open Championship wins. The course is a stunning spectacle and provides a thoroughly enjoyable and challenging golfing experience. Its uniqueness makes it stand out above all others on the Cape.

The course at the Saadiyat Beach & Golf Club is widely considered as one of the most testing layouts in modern history and measures an almost unbelievable 7,806 yards from the tips. If you enjoy the challenge of a difficult golf course then this one is for you but don’t be put off by the length as the course can be reduced to a much more manageable 5,290 yards. As the Emirate’s first ocean course, it combines beach-front holes with amazing views of the Gulf’s sparkling, clear blue waters adjacent to gleaming white sands. From the fairways you may even catch a glimpse of Humpback Dolphins or Turtles which can make a round at Saadiyat all the more special.

Framed by rugged coastal cliffs and the vast blue of the Black Sea, the 18-hole Gary Player designed Signature course at Thracian Cliffs is reminiscent of Pebble Beach in California, and it is undoubtedly one of the most dramatic golf courses in Europe. Carefully selected multiple tees on every hole allow players of all levels to be both challenged in their play and inspired by the incredible views. Covering 164 hectares of wild scenic terrain, the course stretches nearly five kilometres along the coast, providing a truly exhilarating golf experience.

The golfing riches in the South West of Ireland were already abundant thanks to age old links classics such as Lahinch and Ballybunion as well as the parkland stunners at Killarney Golf & Fishing Club but in 2002 Norman added a gem of his own to this already impressive golf break destination. Doonbeg has been sculpted out of a classic patch of links land and as such features towering dunes, long punishing rough, pot bunkers – even one in the middle of a green – and of course a brutal exposure to the elements. This is links golf at its best.

Not to be outdone by the likes of Jack Nicklaus and Pete Dye who designed the other courses at La Quinta, Greg Norman has also created a beautiful and enjoyable desert layout that rivals any of its neighbouring courses. Featuring great swathes of sand, sage and awash with colourful wild flowers, this course is well protected by nine lakes and as such precision is the key to a good score. The Shark’s course is more exposed than its neighbours and subsequently boasts the most stunning panoramic views to be found anywhere in the Coachella Valley. 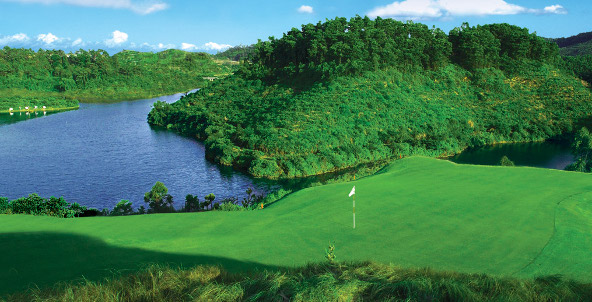 Mission Hilsl is one of the most incredible golf resorts on the planet. For the first ten years of its existence from 1994, the Mission Hills Golf Resort opened a new golf course at an astonishing average of one per year. The tenth layout was Greg Norman’s and, even with the recent addition of even more courses, it is arguably the finest of them all. Many Norman courses follow the blueprint set down by the classic courses of his native Australian Sandbelt his effort at Mission Hills is no different. The front nine meanders through dramatic mountain ridges and hillsides, while the back nine lays in one of the property’s many lush valleys.