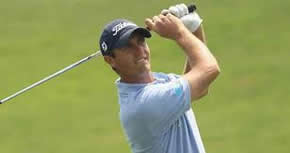 The European Tour heads to Spain this week for the Open de Espana at Real Club de Golf El Prat, Barcelona. The event is one of the oldest on the tour – the first was hosted as long ago as 1912 – and this year sees home player Alvaro Quiros defend the title he won in 2010.

Designed by Greg Norman, the course is a relatively long 7,300 yards par-72 track, and the event returns to the course for the first time since 1998. Looking back at the last time the event was played here suggests that accuracy is favoured over power.

The first name to make the shortlist this week is recent Volvo China Open winner, Nicolas Colsaerts. The Belgian finally broke his European Tour maiden tag in some style a couple of weeks back, and after a celebratory week off could well be up to winning again now that he has the taste of success.

Colsaerts is one of the longest hitters on the Tour, but crucially he is also very accurate with his irons as a 4th place on the Greens in Regulation stat suggests. That combination of power and accuracy could be a potent weapon around a course that is likely to play to Colsaerts’ strengths and a second Tour win in quick succession could be very much on the cards at a tasty 33/1.

Defending champion Alvaro Quiros will be a popular choice to successfully defend his title, and like Colsaerts should be suited to the course – the reachable-in-two par 5s and the long par 4s will suit Quiros, but his accuracy could be put the test and he might be found wanting in that department. Also, at 14/1, it is worth noting that no-one has successfully retained the title on the European Tour since it was introduced as a regular fixture on the Tour in 1972.

At 14/1, Miguel Angel Jiminez has never won this event and will be keen to do so before he calls time on his career. It could be this year that he records the elusive win in his homeland, and after chasing Lee Westwood home in last week’s Ballantine’s Championship he will be a danger to all. That was his second runner-up finish of the season; the other coming behind Quiros during the early season Middle East Swing and on last week’s showing he can go close again this week.

Danny Willett looks to be playing his way into some good form and a first European Tour win might not be too far away for the Yorkshireman. Willett struggled somewhat with his game in the early part of the season, but recent results have been much more encouraging. Willett carded weekend scores of 68-69 to move from 38th to 11th at the Trophee Hassan event in Morocco and followed up with a top-20 finish two weeks later in Malaysia. Last week he shot three rounds in the 60s – including a 65 – en-route to a 7th place in the Ballantine’s and he could be value for his 33/1 odds.

Italian sensation Matteo Manassero was ice-cool when he won in Malaysia recently and the 18-year old could well be up to winning again this week. For one so young, Manassero possesses a sublime putting stroke which will help to offset his lack of distance from the tee and his recent win in Malaysia will give him the confidence to perform well again. However, the bookmakers seem to think along similar lines and he’s just 14/1 to go in again.

For a bigger priced selection, the chances of South African George Coetzee shouldn’t be dismissed lightly at 80/1. Coetzee in recent times has calmed down a lot with his driver, sacrificing distance for accuracy and it seems to be paying off as he is finding a lot more fairways and greens than he did previously. That less aggressive approach has seen Coetzee record two top-10s from seven starts on Tour this season, and with a two-week break behind him he’ll be fresh and raring to go.