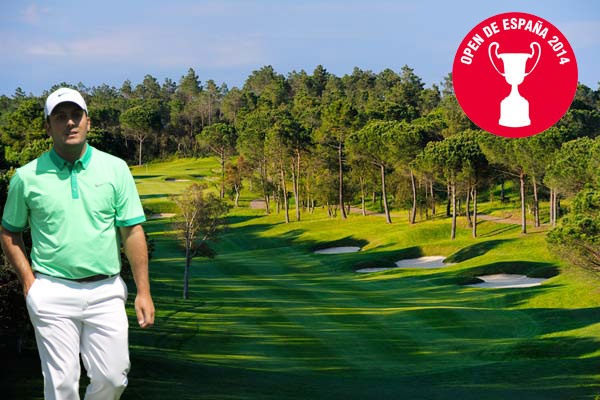 The European Tour heads to the north east of Spain this week for the oldest event on it’s calendar; the Open de Espana. Fresh from his third place at The Players Championship, Sergio Garcia (5/1) will tee it up as a prohibitive favourite back on home soil.

However we’ve scoured the field to find some betting value, as well as which players to include in your Fantasy Golf calculations.

LAST YEAR: Jacquelin won a marathon three-way playoff to clinch victory at Parador de El Saler. The Frenchman, along with Germany’s Maximilian Kieffer and Felipe Aguilar of Chile, finished the regulation 72 holes at 5-under par. The sudden-death play-off then lasted until the ninth extra hole, matching a European Tour record dating from the 1989 Dutch Open. Jacquelin finally won with a birdie to clinch his first victory in more than two years.

THE COURSE: Spain’s national championship returns to the PGA Catalunya Resort for the first time since 2009. The Stadium Course has been ranked as Spain’s No.1 layout for the last three years and has staged the European Tour Qualifying School Final Stage since 2008. It’s a 7,333 yard, par 72 course replete with cavernous bunkers and intimating water hazards; not to mention tight, tree-lined fairways that punish anything wayward off the tee. Look for someone who hits plenty of fairways, with high GIR and Strokes Gained-Putting stats, and who takes advantage of scoring opportunities on par 5s.

BEST BET: Francesco Molinari (14/1) – on recent form, Molinari should be challenging Sergio for favouritism. Instead, he is more than double the Spaniard’s quote and therefore a must-back for me this week. The Italian has been steadily working back to his best in recent months, with a T25 at the WGC Cadillac, a T5 at the Arnold Palmer Invitational and a fourth place at the China Open culminating in his hugely impressive sixth at The Players last week. An iron specialist, Molinari looks ideally suited to this course where GIR will be at a premium. It’s also worth noting his past 10 starts in Spain have included a win, a further four top-6s and a 10th. If Molinari can reproduce his Sawgrass form, he’ll be far too good for the vast majority of this field.

VALUE: David Horsey (66/1) – keeping it on the short-stuff will be crucial this week, so it could pay to follow Horsey with his accuracy from the tee. The 29-year-old ranks 15th on Tour for Driving Accuracy, hitting 73.4 percent of fairways this year. He’s far from a one-trick pony though, ranking 16th for Putts Per Round and 10th for Scrambling. Those stats have contributed to his consistent run of late, with three top-12s and a 24th from his past five starts on Tour. Furthermore, he seems to relish this event, with an 8th and two top-5s since the 2009 renewal here. The Englishman is certainly capable of upstaging some of the bigger names at a juicy price.

ROUGHIE: Alexander Levy (80/1) – will be keen to follow in the footsteps of his countrymen Jacquelin and Thomas Levet (2009) and knows how to get the job done, having scored his breakthrough win at last month’s China Open. The 23-year-old maintained that form with a 24th the following week in Singapore. Levy will know the Stadium Course well, having come through Q-School here in 2012. He can go well again this week.

Get to know PGA Catalunya with our unique hole-by-hole guide. Click here.

Sergio Garcia (13.5) – the logical favourite after his third at Sawgrass last week. Boasts two more top-5s in PGA Tour events this year and five of his 11 European Tour wins have come in Spain.

Gonzalo Fernandez-Castano (12.0) – has been solid without contending this season on the PGA Tour, but his T26 at The Masters is good form for an event like this.

Rafael Cabrera-Bello (8.0) – boasts four top-10s from seven starts this year on the European Tour. Was sixth here in 2009. All points to a good week to include in Fantasy squads.

Alvaro Quiros (7.5) – the long-bombing Spaniard has been in top form of late, with T5, T13 and solitary third in China from his past three starts on the Euro Tour.