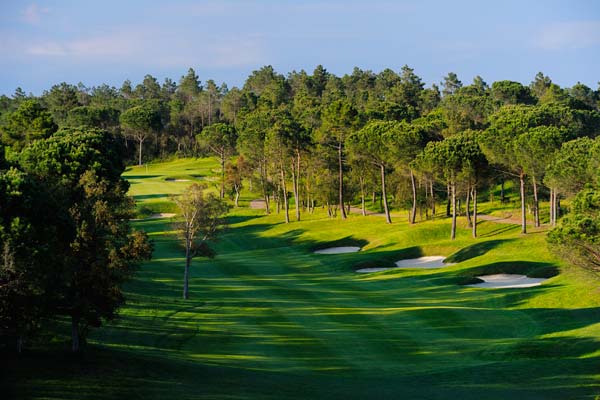 With former champions including the likes of Bernhard Langer, Sir Nick Faldo and the late great Seve Ballesteros, the European Tour’s Spanish Open has enjoyed a prestigious history and this year that tradition of excellence is set to continue.

For the first time since 2009, Spain’s national championship will head to PGA Catalunya near Girona. The resort boasts two wonderful championship courses but it is the Stadium Course which really impresses. A culmination of more than a decade of planning and design by the European Tour, Angel Gallardo and Neil Coles, the Stadium Course is of such a high quality that it hosted its first Open de España just a year after it opened for play.

While the Spanish Open has not been held here for a few years, the Stadium Course has been the home of the European Tour Qualifying School Final Stage since 2008, and in recent years it has been recognised as the best golf course in Spain and one of the finest in the whole of Continental Europe.

Located a little over an hour from Barcelona and just a short drive from the many Michelin-starred restaurants of Girona, PGA Catalunya was originally designed with a view to hosting The 1997 Ryder Cup. Well…as we all know, that particular event eventually went to Valderrama but extensive development over the last few years has enhanced PGA Catalunya’s reputation and with the cream of Europe’s golfing crop coming to town, that reputation is set to be enhanced even further.

Julio Delgado, Chief Executive of PGA Catalunya Resort, said: “The Open de España is the only European Tour event in Spain in 2014 and so it is fitting that it is returning to the country’s number one ranked golf course, the Stadium Course at PGA Catalunya Resort. The venue has undergone a transformation in the past five years, with a significant upgrade to the Stadium Course, new practice facilities and the development of luxury golf properties around a private residents’ club. PGA Catalunya Resort is a world-class destination and we look forward to welcoming the Open de España back.”

Come May, Europe’s finest players will be met with a considerable challenge in the form of a 7,333 yard, par 72 beauty, replete sweeping undulations, cavernous bunkers and intimidating water hazards, some of which are creatively used to create semi-island greens.

Framed by the Girona Mountains, this is a true test of golf in a remarkable setting. Miss the fairways and towering pines, lush vegetation and beautiful purple heather will force you to channel your inner Seve. Select the wrong club to hit a tee shot, approach or layup with and you’ll be sorry. Lose respect for the slick silk-like greens and WHAM! 3 putts.

That is not to say us amateur golfers will endure a few hours of torture if we decide to play here. Each hole has no less than five teeing positions so all manner of golfers can find their comfort zone and like any great golf layout, the course rewards you for sound strategy and solid shots.

While the course is difficult – don’t expect to play to your handicap 1st time out – the challenge is an enjoyable one.  For tips, just tune into the golf when the European Tour comes to town in May.