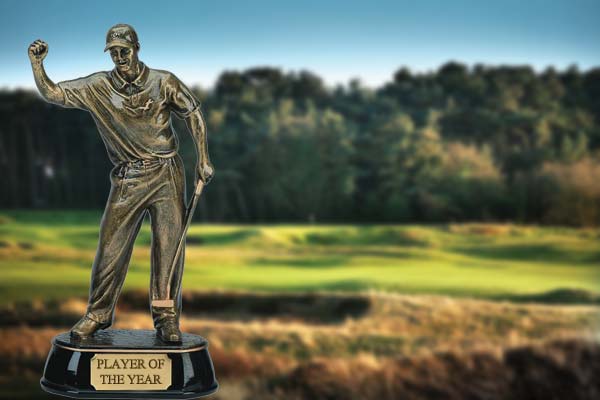 PGA Tour Player of the Year – The Contenders

As far as the PGA Tour goes in 2013, the major championships have been and gone; the Tour Championship and Fed-Ex Cup have been decided and the year’s annual golf awards have all but been handed out. Now all there is to fight over is the PGA Tour Player of the Year award. Five players have been nominated (winners are announced on Friday and are determined after a vote by PGA Tour members who competed in at least 12 official events this season) so we thought we’d take a look at each of them, what they have achieved in 2013, and their chances of being named Player of the Year.

Having fought his way back from two career threatening slumps in form in recent years, the Super Swede has had a season to remember on the PGA Tour. 8 Top 10 finishes from 18 starts points to some remarkable consistency and from those 8 Top 10s, Stenson was first over the line twice and both of his wins came in the season ending Fed-EX Cup playoffs.

All this has lead to a runner finish behind Tiger on the Money List and a career high World Ranking of 4 – the highest position any Swede has ever achieved in the men’s game. Although Stenson dominated the season ending playoffs and had strong finishes in the majors, those who secured major championships, or indeed more titles, probably have the edge in the voting.

Will due respect to Kuuuuuch, one gets the feeling that he is merely making up the numbers when it comes to the Player of the Year race.

The WGC World Matchplay was Kuchar’s biggest win of the season.

Kuchar’s 2013 stats are strikingly similar to those of Henrik Stenson’s. 8 Top 10s and a lofty position on the Money List were joined by two wins, one of which at the WGC World Matchplay championships in Arizona, and while the numbers are impressive, they just don’t stack up against the high flyers who were also nominated for the award.

Mickelson kicked off the season in spectacular fashion, winning the Waste Management Phoenix Open at TPC Scottsdale, almost carding a magical 59 along the way. Another win came at the Scottish Open at Castle Stuart but with that being a European Tour event, it doesn’t count in the reckoning for PGA Tour Player of the Year.

Mickelson’s biggest win however is also his biggest chance of winning Player of the Year. His victory in the Open Championship was the standout win of the year, particularly as it was punctuated by arguably the round of the year, a dazzling 66 on a brutally tough Muirfield layout that bested almost all others in the field.

Lefty has long been the fan’s favourite on the PGA Tour so if it were up to them, he’d probably be a lock for Player of the Year but there are two more players who have had a little more bang for their buck on the PGA Tour this year, and the popular consensus is that one of these two will win the award over Phil “The Thrill”.

It is fair to say that Adam Scott suffered the most disheartening of defeats last season, bogeying the final four holes at Royal Lytham & St Anne’s to snatch defeat from the jaws of victory in the Open Championship. That made his performance at this year’s Masters all the more impressive.

Adam Scott battles it out with Angel Cabrera at Augusta.

Scott’s win at Augusta saw him become the first Australian to don the Green Jacket and to do so with a final hole birdie, followed by a tense playoff win made it all the more impressive.

After his dream start to the year, Scott went on to secure 6 Top 10 finishes including two 3rd places and a win, this time in the 1st Fed-Ex Cup playoff event of the season. Now the number two in the World Golf Rankings, the likeable Aussie is the closest rival to the man who, love him or hate him, will probably collect the Player of the Year award come Friday.

If any other golfer had the season Tiger had just enjoyed, there would be no discussion in relation to Player of the Year honours. Woods’ 5 wins is three more than anyone else could manage and, while none came in the majors he covets so such, they all came (the Farmer’s Insurance Open at Torrey Pines is the only possible exception) against world class fields.

A win at Torrey Pines was followed by 2 World Golf Championships, his obligatory win at Bay Hill and another at The Players Championship – considered by some to be “Golf’s 5th Major” – which makes for impressive reading. All lead to Tiger winning the Arnold Palmer Award as the leading money winner (Tiger’s 10th), the PGA of America Player of the Year (Tiger’s 11th) and the Vardon Trophy (Tiger’s 9th) for lowest scoring average, not mention reasserting himself as top dog in the World Rankings.

While there is plenty of scope to argue the cases of Mickelson and Scott (sorry Henrik & Kuch), as long as we measure against the other four names on the ballot, rather than the previous seasons when he has won the award, Tiger should be walking off with his 11th PGA Tour Player of the Year award at the end of the week.