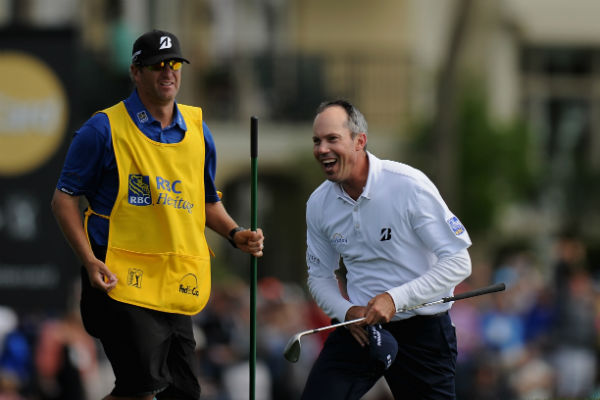 This week’s PGA Tour event, the RBC Heritage, is one of the quirkiest on tour, and provides a fascinating challenge following the Masters.

This year’s renewal is made even more interesting by the presence in the field of runaway Masters champion Jordan Spieth. He played so beautifully at Augusta National, but bearing in mind he’s not had time to think since putting on his green jacket, it would be truly remarkable again the very next week.

In any case, the Harbour Town Links course is one of those horses for courses tracks – it plays shorter than most on tour, but harder too. Average driving distance last year was a mere 257 yards, so while it’s handy to have a big drive up the sleeve, accuracy is all-important. And accuracy into the green is even more crucial because these are some of the smallest putting surfaces on tour. Not only that, most are shaped like upturned saucers. Sometimes, players just click here and run away from the field, as Brian Gay did in 2009 when he won by 10 shots with a tournament record 264. Mostly, though, it’s a tight-fought affair with some good recent champions: Matt Kuchar won last year and Graeme McDowell, Jim Furyk and Brandt Snedeker have all won since 2010. Luke Donald has been runner-up three times.

So where to look for a winner? Combining the ‘proximity’ stat – how close players hit it to the flag on average – with some course form, Scotsman RUSSELL KNOX pops up. You know, the Scotsman with more than $3million in career earnings that most people have never heard of. He’s in the top ten for proximity, was ninth here last year and third at the recent Honda Classic. There’s some 66/1 around for him and that’s worth taking.

Second choice is the winner of the par-3 competition at Augusta, KEVIN STREELMAN, at 50/1. He played well in the Masters to finish 12th, and you have to go back two months since he missed a cut. He’s a terrific ball-striker, in the top 20 for both driving accuracy and greens in regulation, as well as scrambling from the fringe, always a factor here due to the small greens and run-offs.

Proximity to hole (players in the field this week)

Scrambling from the fringe