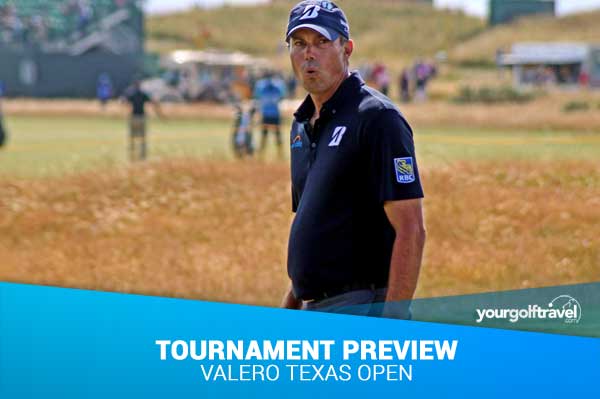 After a week spent at the stunning Harbour Town Golf Links in Hilton Head, the PGA Tour heads West for the Lone Star State and the Texas Valero Open.

While the modern “Big Three” – Spieth, Day & McIlroy – are absent from the field, there is still a decent contingent of the world’s best players heading to Texas who’ll looking to take the lion’s share of the $6,200,000 prize purse.

Let’s take a look at this week’s PGA Tour event, the players competing, and who we think will do well at TPC San Antonio…

Highlights from last year’s Valero Texas Open…can Jimmy Walker go back to back in 2016?

The Texas Valero Open is one of the most storied events on the PGA Tour calendar, dating all the way back to 1922, making it the 3rd oldest event on the PGA Tour and, as it’s never strayed from San Antonio, it has also been staged in the same city for longer than any other event. With former champions including the likes of Byron Nelson, Ben Hogan, Sam Snead and Arnold Palmer, as well as more recently major winners like Zach Johnson and Adam Scott, the event clearly has a habit of producing winners of the very highest calibre and scoring is commonly impressive too. Twice the event has seen someone shoot 60 and at this week’s host course, TPC San Antonio, players have also gone as low as 63, most recently by Martin Laird in 2013. In fact, in 2003 Tommy Armour III set the all time low 72 hole score on the PGA Tour with a total of 254…or 26 under par!

Although the event has been staged at various courses throughout its history, this year’s event will head to TPC San Antonio which has been the host course since 2010. Designed by Greg Norman with the assistance of Sergio Garcia, the course measures over 7,400 yards and plays to a par of 72. With such length you’d expect big hitters to have an advantage this week but the fairways are narrow and the bunkers are deep, so the plodders won’t necessarily be outdone by the bombers in the field.

Defending champion Jimmy Walker returns to defend his title and the supporting cast isn’t bad either. Patrick Reed is the most highly ranked player in the field, weighing in at World No. 11, and with new kid on the block Bryson DeChambeau, two-time major champ Zach Johnson, Matt Kuchar and last week’s winner Branden Grace, not to mention hall of famers Phil Mickelson and Ernie Els, there will be plenty of players to keep an eye on as the tournament progresses.

While the Texas Valero Open was the scene for the lowest ever 72 hole score on the PGA Tour, it’s not always plain sailing in this neck of the woods. And speaking of the woods, we doff our caps to Kevin Na, who in 2011 carded a 16 on the par 4 9th…and he did it all without even chucking a club! Respect Kevin.

WATCH:Kevin Na’s implosion in 2011…just goes to show what awaits players who stray too far from the fairway!

Looking at the past winners of the event, the tournament certainly favours a home winner with Texas natives Jimmy Walker, Justin Leonard (3 times winner), Lee Trevino and Ben Hogan all featuring on the honour board lists. So, my pick this week follows the Texas theme with World Number 11 Patrick Reed my tip to take the title.

Reed hasn’t won since January 2015 but has already taken home over $1,800,000 in 2016, registering 7 Top 10 finishes and missing just 1 cut in 12 events. A lot is expected of the 25 year old who memorably showed he’s made of stern stuff at The 2014 Ryder Cup, and it surely won’t be long before he’s back in the winners’ enclosure. The Texas Open should give him a great chance.

Although it’s notoriously difficult to win back to back on the PGA Tour, Branden Grace has proved in the past that he tends to win in gluts with four wins in 2012, nothing until 2014, and already 2 worldwide wins in 2016. The South African – notice how South Africans and Aussies are winning pretty much everything at the moment?! – has forced his way into a position just outside the Top 10 in the world, currently sitting pretty in 11th place.

Grace’s win at Harbour Town, where he fired a 66 to come from three shots behind the final round leader Luke Donald was impressive to say the least and he’s currently ranked 16th on tour in Strokes Gained Tee to Green which could prove useful on such a long course.

I’m gunning for the maverick Billy Horschel this week on the back of some decent form shown in the last few events and his prior performances at the Shell Open. Billy has been in the top 3 in 2 of the past three years at the Valero and if his golf is as hot as his trouser choice he’s sure to be in contention come Sunday. 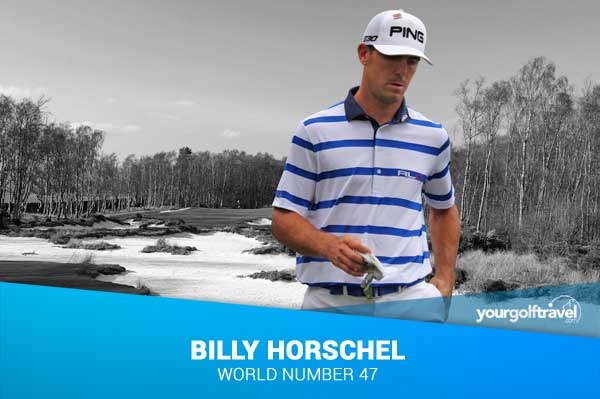 Bryson had an incredible week at Augusta, finishing off as the leading amateur with a score of 5 over par which left him just outside the top 20. Following Augusta, he made his professional debut last week at the RBC Heritage, and incredibly finished in a tied for 4th. An amazing start to his professional career.

So the 22 year old who uses same length irons will look to keep his form going during his second professional start this week at the Valero Texas Open. Who knows, you may start to see more players with same length irons after this week! 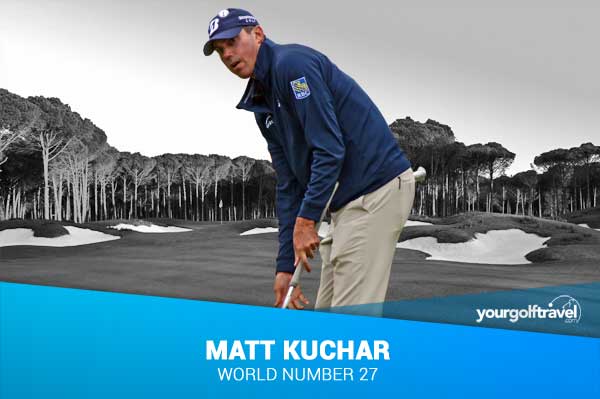 His best was a 4th place finish in 2014 but I feel that he has had a few good showings recently – most recently last week at Harbour Town where he racked up yet another Top 10 finish – and could soon turn one of these strong finishes into a win.