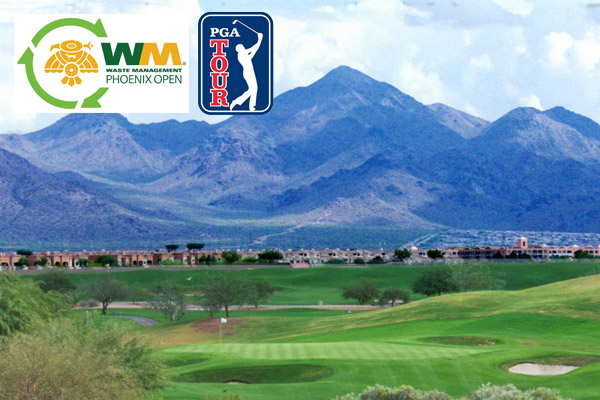 Phoenix Open preview: Moore to be king of the party

The PGA Tour heads to Arizona this week for the ever-popular Waste Management Phoenix Open. We cast our eye over the major players teeing it up this week at TPC Scottsdale.

LAST YEAR: It was all the “Phil Show” as the crowd favourite completed a wire-to-wire victory, just missing another chance to make history in the process. He opened with a scintillating 60 – just missing the magical 59 when his putt on the final hole curled around the cup – before reeling off three more rounds in the 60s to win by four over Brandt Snedeker. Mickelson finished the tournament at 28-under 256, two strokes off the PGA Tour record set by Tommy Armour III in 2003.

THE LOWDOWN: The Phoenix Open is routinely the most-attended event on the PGA Tour, with attendance figures for the week often surpassing 500,000. It is of course best known for the infamous 16th hole, a par-3 completely enclosed by grandstands which can hold more than 20,000 spectators and is renowned for a raucous, party-like atmosphere. The course itself has only four par 3s and three par 5s, with wide fairways offering generosity off the tee.

The tournament doesn’t usually favour players in search of their maiden win on the PGA Tour (probably owing to the immense pressure of the boisterous crowd). In the last 22 editions of the event, only Kyle Stanley (2012) and J.B. Holmes (2006) have opened their account here. Phil’s runaway score of 28-under last year suggests you’ll need to make a bag full of birdies to walk away with the winner’s cheque – so hitting greens in regulation and making putts will be at a premium.

DID YOU KNOW: An astonishing 179,022 fans attended the third round of last year’s Phoenix Open, setting a new tournament and PGA Tour record for attendance in a single day. All up, fans ate 21,923 hot dogs over the course of the event … no doubt washed down with several cups of amber gold.

PLAYER TO WATCH: Player interactions with the crowd are always a feature at TPC Scottsdale, but it might be worth keeping a particular eye on Ian Poulter. The Englishman, who is typically a fan favourite with his brash playing style and unique wardrobe choices, found the crowd at the notorious 16th can be a volatile one. Having stuck one close during the 2010 tournament, Poulter missed the birdie putt and was met with boos and merciless heckling. He responded with a peculiar ‘face rub’ carried out with his middle finger – you get my drift? It will be interesting to see how he gets on with the locals this week.

THE TIP: A man no stranger to desert-style layouts and shooting low is Las Vegas native Ryan Moore (28-1 with Bet365). The 31-year-old finished in a tie for fourth here last year, shooting no worse than 66 in all four rounds. He’s also finished inside the top 15 in two other visits to this event. A core contributor to Moore’s success on this type of course is his brilliant iron play – he ranks third this year on Tour for greens in regulation and 10th for birdie average. I’d be very surprised not to see him amongst the top 10.

THE ROUGHIE: A bit further down the board is Marc Leishman (56-1 with Betfair), who has enjoyed a recent purple patch of form. The Australian backed up his fifth at the Sony Open in Hawaii (-13) to finish in a tie for second at last week’s Farmers Insurance Open. Ranking inside the top 40 for driving distance and 15th on Tour for eagles, Leishman should be well-equipped to take advantage of the two par 5s that are reachable in two and a short par 4 on the TPC course.

Fancy someone to beat our pick this week at the Phoenix Open? Join the discussion by posting a comment below.