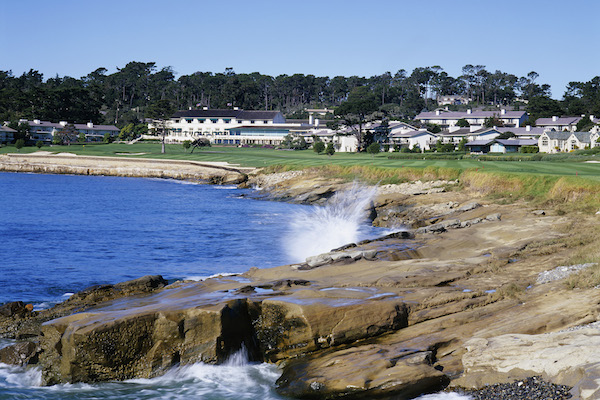 By Richard ForresterNovember 7, 2015No Comments
[dropcap]Let’s[/dropcap] be honest, we’ve all been there – lining up the winning putt at The Masters, sinking a 20 footer to snatch victory from under Rory McIlroy’s nose and claim the Green Jacket. At least, in our dreams we have.

In reality we’ll never get anywhere near that scenario but we can do the next best thing and play on the hallowed turf of some of the PGA Tour’s most iconic courses.

Here are the courses you can play and a few interesting facts to whet your appetite for a round – add these to your bucketlist.

Bay Hill is synonymous with Arnold Palmer, one of the true legends of golf, and visitors to Orlando now have the chance to visit the resort that Arnie calls home, plus the opportunity to play the phenomenal course that every year hosts one of the PGA Tour’s most prestigious tournaments, The Arnold Palmer Invitational

Did you know? The Bay Hill Club & Lodge was the brainchild of a group of investors from Nashville, Tennessee who built the club in 1960 after deciding they needed a private retreat where they could play golf unencumbered by other mortals.

Since its inception in 1981, the PGA National Resort has been a mecca for avid golfers, epitomising the outstanding tradition of resort golf in Florida, and now boasts five championship courses.

All newly renovated and furnished, the 339 guest bedrooms and suites exude charm and sophistication, with the verdant tranquility of South Florida on the doorstep.

Did you know? “The Bear Trap” on PGA National Resort & Spa’s The Champion course is one of the most demanding 3-hole stretches on the PGA Tour. Holes 15, 16 and 17 have tested the best in the world over 800+ yards of green and blue, which the course designer and golf legend Jack Nicklaus, nicknamed The Golden Bear,  described as demanding “precision and guts.” A plaque and bear statue stand as a reminder that this is one of golf’s ultimate challenges.

Book a golf break at the PGA National Resort

It is difficult illustrate Pebble Beach with words alone, but suffice to say, it is the number one ranked worldwide golf course that is available to the golfing masses. The venue for the U.S. Open in 1972, 1982, 1992, 2000 and 2010, as well as the future site in 2019, is revered throughout the golfing world for its incredible layout and awe-inspiring views.

Did you know? The tournament came about after actor and crooner Bing Crosby decided to raise some money by pairing his Hollywood golfing pals with professional golfers in a Pro-Am tournament known as the ‘Bing Crosby National Pro-Amateur’ or ‘Crosby Clambake’. The name only changed when AT&T became the title sponsor in 1985.

The deluxe Fairmont Mayakoba is home to a golf course that has built an enviable reputation in its short existence. At the resort’s fringes is the El Camaleon golf course, which is widely regarded to be among the finest new courses anywhere in the world.